Singapore reported its highest number of local coronavirus cases in 10 months on Wednesday, after the discovery of a cluster among hostesses and customers of KTV karaoke lounges. 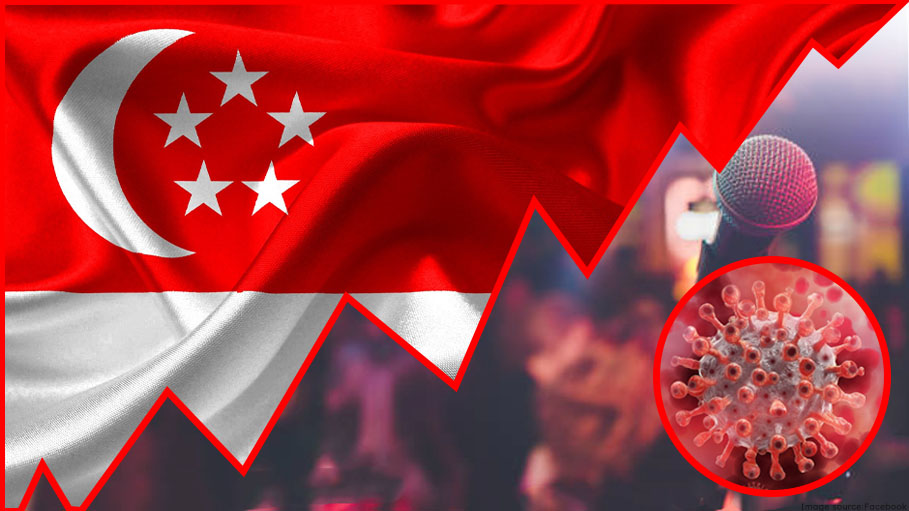 Singapore: Singapore reported its highest number of local coronavirus cases in 10 months on Wednesday, after the discovery of a cluster among hostesses and customers of KTV karaoke lounges.

Of the 56 new community infections, 42 were linked to the KTV outbreak, the health ministry said.

The ministry has been investigating infections among what it said were Vietnamese hostesses who frequented KTV lounges or clubs and has offered free COVID-19 testing to anyone potentially exposed.

Singapore has yet to reopen KTV lounges and clubs and authorities said the places where the virus spread were operating as food and beverage outlets.

Singapore police said in a statement they had arrested 20 women late on Wednesday, among them South Koreans, Malaysians, Thai and Vietnamese, for alleged vice activities at KTV lounges

Police also planned to step up checks and enforcement on such activities, the statement said.

"Any outlets providing hostess services, dice games and all this very close contact, were never allowed," he told local media, according to CNA.

"So for this to now happen has been troubling (and) disappointing."

Ong said there was no plan to reverse recently loosened restrictions because of the cluster, citing progress in vaccinations.

Among those infected was also a cruise passenger hospitalised on Wednesday. Nearly 3,000 passengers and crew were confined to their cruise cabins, awaiting for COVID-19 tests.

Singapore has dealt swiftly with most of its coronavirus outbreaks and imposed targeted restrictions in May aimed at slowing the spread of the Delta variant.

It is aiming to complete the vaccination of two-third of its population by Aug. 9.