Significantly, another recent study by Mercom Capital Group, suggested that India’s total renewable energy installations stand at around 75 GW, of which wind energy accounts for more than 35 GW, followed by solar energy, which has witnessed exponential growth. 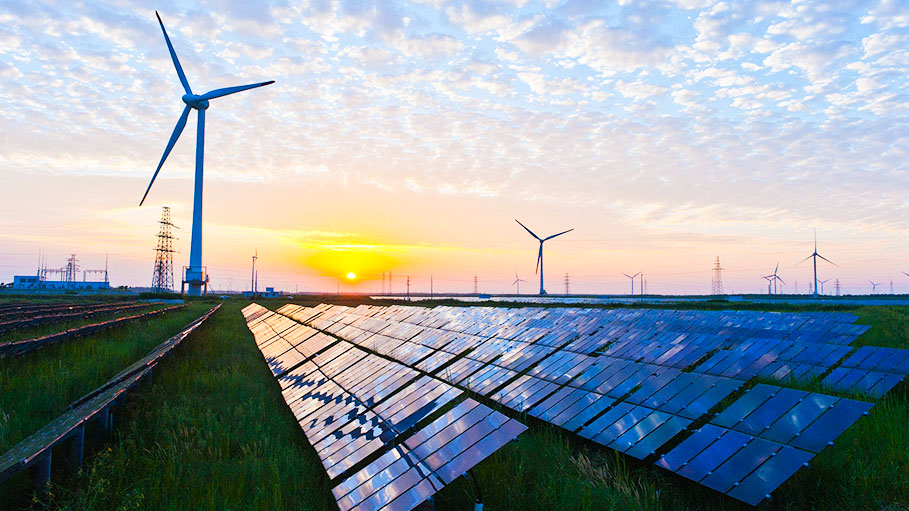 The domestic solar power capacity addition is expected to be nearly 7-7.5 GW (including around 1 GW of rooftop solar capacity) in FY 2020, based on tendering and awards of projects in the last 12-15 months. Interestingly, solar capacity addition is estimated to have remained subdued at around 6-6.5 GW in FY 2019 because of a weak trend in the award of solar projects in CY 2017, the latest study by ICRA on the sector, suggested.

Significantly, another recent study by Mercom Capital Group, suggested that India’s total renewable energy installations stand at around 75 GW, of which wind energy accounts for more than 35 GW, followed by solar energy, which has witnessed exponential growth with its total installation capacity increasing from 3 GW to about 30 GW in the last five years. India is also a very price sensitive market where the lowest tariff matters more than any other criteria. Most of the renewable growth has been fueled by the import of cheaper components such as solar cells and modules, textured tempered coated and uncoated solar glass, Ethylene Vinyl Acetate (EVA) sheets, and others, said the Mercom study.

However, the Indian manufactures of these components feel that the import of solar modules and other components are encouraging the unfair trade practice of dumping and suitable duties should be applied to re-establish fair and open competition in the domestic market, according to Mercom Capital Group study.

ICRA, on its parts, expects that apart from the projects awarded through the bid route, nearly 1 GW will be added through open access/group captive route and grid-connected rooftop, with these additions being facilitated by favourable solar policies for open access route in a few states.

“Tendered project awards for solar PV projects during CY 2018 stood at about 11 GW against 4.5 GW in CY 2017, providing a healthy pipeline for capacity addition over the next 2 year period. Nearly, 56 percent of the capacity auctioned in CY 2018 has been accounted for by Central agencies such as Solar Energy Corporation of India (SECI) and NTPC Ltd with the balance by state nodal entities/discoms under various state-level programmes,” said Girishkumar Kadam, sector head & vice president – Corporate Ratings, ICRA.

There have been quite a few favourable regulatory orders for solar IPPs by CERC on GST relief in Nov 2018 as well as by SERC in Maharashtra in Feb 2019, for allowing the impact of safeguard duty under a change in law for the affected developers. However, timely implementation of these orders remains to be seen and the same remains a key monitorable for the affected IPPs.

Based on the performance analysis of ICRA rated solar portfolio, almost 60 percent of the rated capacity has shown the average PLF in the range of 19-21 percent and 14 percent of the rated capacity witnessed PLF levels of more than 23 percent. The PLF performance above 23 percent pertains to mainly project SPVs which have achieved COD over the last two to three years, with DC: AC ratio varying between 1.2-1.4 times, said Kadam.

SEE ALSO:
Microsoft: Building a Sustainable Tomorrow, One Campus at a Time