Sreedevi received the National award for best actress for this film posthumously and A.R Rahman won the Best Background Score. ‘Mom’ has earlier been released in countries like Poland, Russia, UAE, UK, USA, Singapore and Czech. 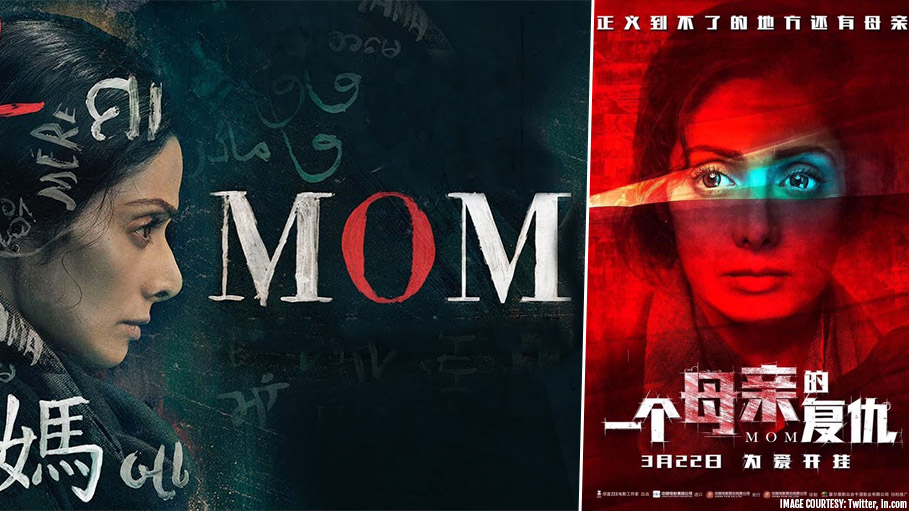 Sreedevi’s fans in China will get to see the star for the very last time on the silver screen. Sreedevi’s last film ‘Mom’ will be released in the Chinese theatres on March 22 this year. ‘Mom’ received a pretty good response in India when it was released on July 7, 2017. It was Sreedevi’s last film in a lead role. The movie also stars Akshaye Khanna and Nawazuddin Siddiqui in prominent roles. The film is produced by Sreedevi’s husband Boney Kapoor and directed by Ravi Udyawar.

Devki (Sreedevi) is a popular biology teacher who has a strained relationship with her step-daughter Arya (Sajal Ali). When Arya is invited to a Valentine’s Day party at a farmhouse, Devki reluctantly permits her to go. When Arya rejects her male friends- Charles and Mohit’s advances in the party, they brutally assault her. After raping and strangulating her, they dump Arya’s body in a drain leaving her to die.

Fortunately, Arya is found but barely alive. Devki and her husband Anand are devastated. Arya undergoes complex operations and ultimately recovers. Though she names the attackers, it is found out that Arya was in an ebriated state at the party. The body samples evidence had become weak as time passed and hence the judge acquits the attackers due to lack of strong evidence. This leaves Arya broken hearted who is already engulfed by pain.

Devki who was patiently waiting for eons to be accepted by Arya believes that she would lose Arya forever if she doesn’t work towards taking revenge. The mother has to make a difficult choice of treading the dangerous path of revenge and face the repercussions or lose her daughter. Here starts Devki’s long journey of revenge infused with a lot of twists and turns. In the film, Akshaye Khanna plays the role of the cop and Nawazuddin Siddiqui plays the role of the private detective.

Sreedevi received the National Award for best actress for this film posthumously and A.R Rahman won the Best Background Score. ‘Mom’ has earlier been released in countries like Poland, Russia, UAE, UK, USA, Singapore and Czech.

The announcement of the film’s release in China comes just two days after Sreedevi’s death anniversary on February 24.