Addressing a May Day rally organised by his party in Polonnaruwa, former Sri Lanka President and the chairman of the Sri Lanka Freedom Party (SLFP) Maithripala Sirisena on Sunday called for fresh elections in the country. 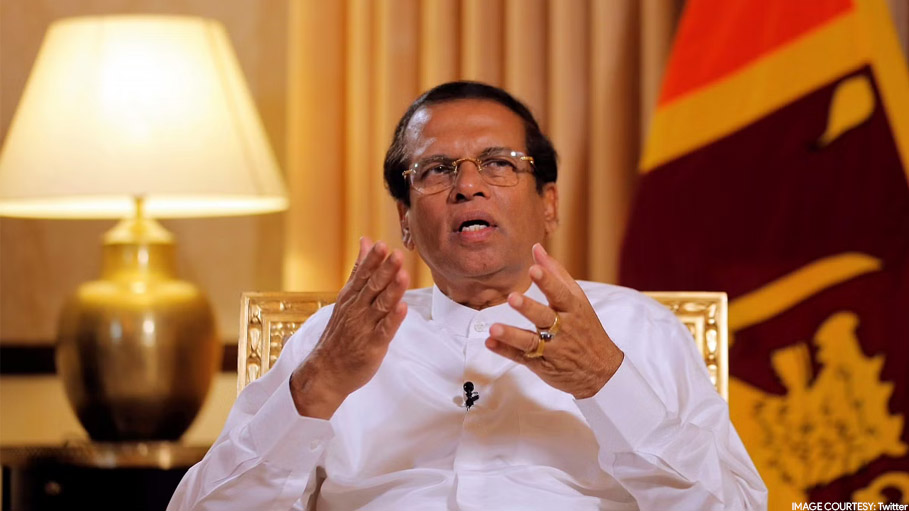 Colombo: Addressing a May Day rally organised by his party in Polonnaruwa, former Sri Lanka President and the chairman of the Sri Lanka Freedom Party (SLFP) Maithripala Sirisena on Sunday called for fresh elections in the country.

Saying that politicians should take the side of the people at a time when the country is facing a great tragedy, Sirisena said that he took to the streets on International Labor Day for this purpose, Colombo Page reported.

The former president added that he could not stay at home when the people were in a state of distress with thousands of problems in the country.

"Farmers in Polonnaruwa who dreamed of making a country self-sufficient in agriculture from the Moragahakanda Reservoir are now unable to cultivate even on a daily basis. Today I participate in the May Day rally of the working class which raised the voice of the farmers' community and expressed its problems and challenges to the ruling class of the country," Sirisena was quoted as saying.

The former president also cautioned that if the current leaders stay on, there would be a situation where people would die at home, adding that two or three lakhs of people in the country were already starving and he was receiving calls from people all over the country asking for food.

Sri Lanka is facing its worst economic crisis since independence with food and fuel shortages, soaring prices and power cuts affecting a large number of the people, resulting in massive protests over the government's handling of the situation.

The recession is attributed to foreign exchange shortages caused by a fall in tourism during the COVID-19 pandemic, as well as reckless economic policies, like the government's move last year to ban chemical fertilizers in a bid to make Sri Lanka's agriculture "100 per cent organic".

Due to an acute shortage of Foreign exchange, Sri Lanka recently defaulted on the entirety of its foreign debt amounting to about USD 51 billion.

The economic situation has led to huge protests with demands for the resignation of Prime Minister Mahinda Rajapaksa and President Gotabaya Rajapaksa.