Sri Lankan Prime Minister Says He is in Good Health

Sri Lankan Prime Minister Mahinda Rajapaksa on Monday said he is in good health, rejecting "false propaganda" against him even as the defiant leader asserted that his government has the capability to lift the country out of the ongoing crisis. 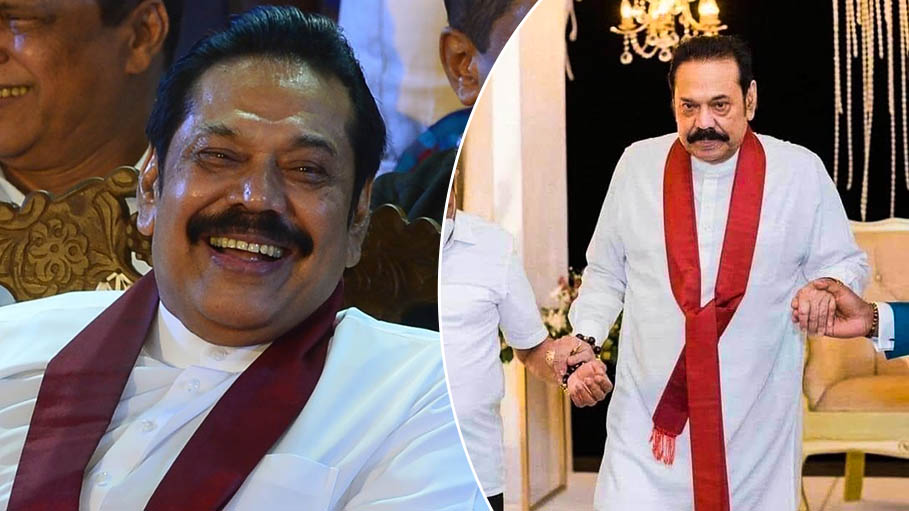 Colombo: Sri Lankan Prime Minister Mahinda Rajapaksa on Monday said he is in good health, rejecting "false propaganda" against him even as the defiant leader asserted that his government has the capability to lift the country out of the ongoing crisis.

Rejecting reports that his health was not good and he was being treated in hospital, the 76-year-old elder brother of President Gotabaya Rajapaksa said that he has not visited a hospital in recent times even to see a patient.

He said is in good health and "false propaganda" is being spread by "an organised group" on social media against him, the Daily News Sri Lanka reported.

Meanwhile, expressing his views to a local radio channel, Prime Minister Rajapaksa once again invited the youth who are holding protests at the Galle Face Green in Colombo for talks. "If they did not attend, they would have to continue their struggle," he was quoted as saying by the newspaper.

Student demonstrators on Sunday surrounded the Sri Lankan Prime Minister's Residence here, as the anti-government Galle Face protests reached its 17th day and the clamour for the President and Prime Minister to resign grew louder.

Mr Rajapaksa said he acknowledges that the country was in a difficult position and that the government had the strength to lift the country out of the crisis. He added that there were many instances in history when the country faced more severe crises.

Thousands of demonstrators have hit the streets since April 9, as the government ran out of money for vital imports; prices of essential commodities have skyrocketed and there are acute shortages in fuel, medicines and electricity supply. The protests seemed to take a more belligerent turn on Sunday, a day after the Prime Minister dismissed calls for an interim government.

The ruling dispensation had reached out to the Opposition parties and protesters for talks, but all efforts were rebuffed as the agitators said they want the government to resign. A group of over 40 parliamentarians from the ruling coalition have declared independence and have demanded the formation of an interim government comprising all political parties to tackle the economic crisis.

Sri Lanka needs at least USD 4 billion to tide over its mounting economic woes, and talks with international institutions such as the World Bank as well as countries like China and Japan for financial assistance have been going on.

Sri Lankan officials were in Washington last week to negotiate with the International Monetary Fund for a bailout.

India has already agreed to defer $1.5 billion in import payments that Sri Lanka needs to make to the Asian Clearing Union.

Last week, the Sri Lankan government said it would temporarily default on $35.5 billion in foreign debt as the pandemic and the war in Ukraine made it impossible to make payments to overseas creditors.