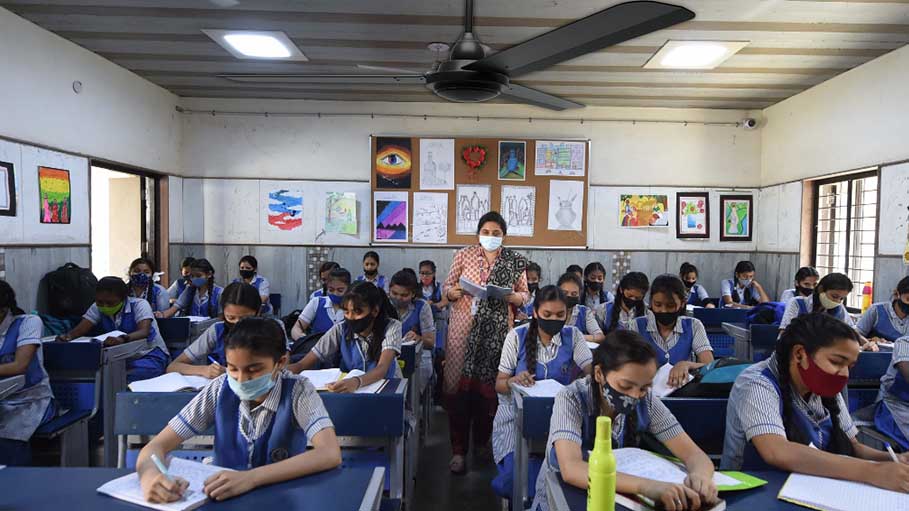 New Delhi: A Delhi government school student in outer Delhi's Nangloi was injured after her class room's ceiling fan fell on her head.

The student who was injured on Saturday has been admitted to a private hospital in Nangloi and is undergoing treatment.

Narrating the incident, the student alleged that the ceiling had a damp and it was dripping.

"The fan fell off the ceiling in the classroom on August 27 when the classes were going on. The ceiling had a damp and water was dripping from it because of which the ceiling broke off and the fan fell down," she said.

There was no immediate reaction from the school authorities or the government about the incident.

80% People in Goa Have Got One Dose of Vaccine: Chief Minister