Suffragette Campaign Gets Pardon after a Century

The government of Britain has finally decided to give pardon to around 1,300 suffragette women, who lived and died for the cause of woman’s right to vote a century ago. 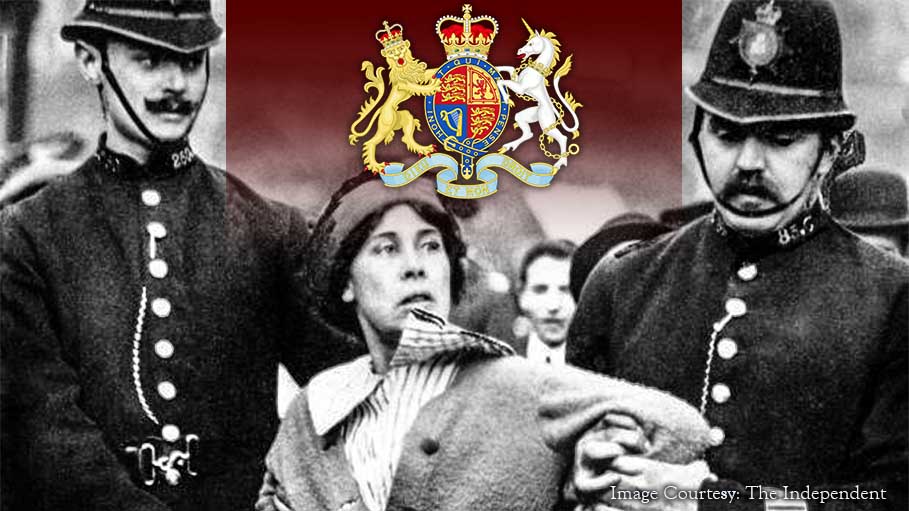 In an unprecedented move, the government of Britain has finally decided to give pardon to around 1,300 suffragette women, who lived and died for the cause of woman’s right to vote a century ago. It is after the campaign’s 100th anniversary, that the government realized, the systems mistake and pardoned those women who were sent to sent to jail for voicing their right to vote, 100 years ago.

Britain’s home minister, Amber Rude announced this decision on the occasion of the campaign 100th anniversary of the 50-year campaign for women to get the right to vote. While declaring she said, “Some 1,300 suffragette women, who were sent to prison a century ago and were treated like criminals because they campaigned for the right to vote, may now be given retrospective pardons. I have seen this campaign, I completely understand where it's coming from, the extraordinary pained campaign, violence that these women went through in order to deliver the vote, which has been of such benefit to us for generations”.

The Labour government has pledged to issue an official apology and posthumous pardon to convicted suffragettes. The home secretary, Amber Rudd, said she would look seriously at proposals to pardon individual women but cautioned that there were issues with pardoning people for criminal acts such as arson.

In a speech in Manchester recently to mark the centenary of women's votes, Prime Minister Theresa May hailed the "heroism" of the suffragettes. Meanwhile Mrs. May has criticised the online threatening and abuse of political representatives and candidates, mostly the women, gay people and members of ethnic minorities. “While there is much to celebrate, I worry that our public debate today is coarsening, That for some it is becoming harder to disagree, without also demeaning opposing viewpoints.”

She also said during the speech that the Internet safety report would be published every year to assess how social media companies are dealing with such online and cyber crimes.

Records compiled by the England shows that the Suffragettes arrested between 1906-1914 indicates, there were more than 1,300 suffragette arrests and many women were jailed for demonstrations or direct actions such as vandalizing buildings and chaining themselves to railings to fight for their right to vote. Many were imprisoned and subjected to harsh treatment including force-feeding of those on hunger strike.

Emmeline Pankhurst, who along with Emily Davison and Flora Drummond led the movement, was the member of the Woman's Social and Political Union. Emily Davison was found guilty of placing a "dangerous substance likely to injure" in a post office letter box outside Parliament and sentenced to six months in Holloway Prison.

The campaigners for the rights of Suffragette have expressed their uneasiness as for them, the women knowingly broke the law as a radical act to demand the vote. Among those who have campaigned for posthumous pardons is the Fawcett Society, which said the women were not criminals and were fighting for a noble cause.

For the justice of Suffragette, equality campaign groups such as the Fawcett Society and some relatives of the suffragettes have been lobbying for the declaration from the government and have met home secretary to overturn the convictions of women who were imprisoned while fighting for the vote, finally show the light.

The great-granddaughter of suffragette Emmeline Pankhurst, Helen Pankhurst has said the fighting women had been pardoned by society long ago. But she believes that the suffragettes would be urging women to “continue the fight” rather than “dwell” on their personal sacrifice. She told BBC Radio clarifying that it was for them breaking a law is not the problem, because this laws were constraining our democracy to act on their behalf.

The labor government has planned the anniversary celebration to mark the Suffragette campaign for the women right to vote by organizing various programs such as a public exhibition of life size images of the leaders of the suffrage movement in the Trafalgar Square. At the same time an exhibition displaying of the portraits of the leaders at London's City Hall. The 1918 Representation of the People Act will be displayed for public view for the first time by the Parliamentary Archives. A reception for female MPs past and present in Parliament, hosted by Prime Minister May.