Suman, who stood 54th in the merit list in the appointment of a civil judge and judicial magistrate said, she wanted to become an advocate since her childhood. 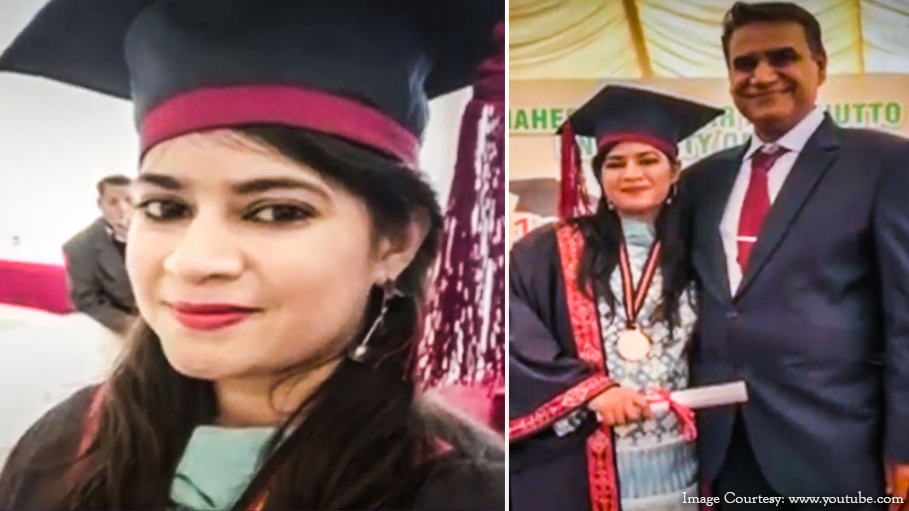 Suman Kumari has become the first Hindu woman in Pakistan to be appointed as a civil judge. Suman is from Qambar-Shahdadkot in Sindh and after this appointment, she will be serving in her own native district. Suman Kumari has passed her LLB. Examination from Hyderabad in Pakistan and did her Masters in Law from Szabist University in Karachi.

After her appointment, Suman said, “I have entered the field of law because I know that in the backward areas of Sindh, poor people need a lot of advice and assistance in legal matters”. She also added, “My father and my family supported me a lot, as in our community it is not easy for women to enter such fields”. Suman also said it was important for the Hindu community in Pakistan to realize the need of education for their children.

Suman, who stood 54th in the merit list in the appointment of a civil judge and judicial magistrate said, she wanted to become an advocate since her childhood, “This field is highly respectable and full of honor, where everyone can come to get justice.”

Suman Kumari’s father Pawan Kumar Bodan has informed Suman wants to provide free legal assistance to the poor and needy in the Qambar-Shahdadkot. He also said, “Suman has opted for a challenging profession, but I am sure she will go places through hard work and honesty”.

Suman’s father Pawan Kumar Bodan is an eye specialist while her elder sister is a software engineer and another sister is a chartered accountant. Suman is also a big fan of singers Lata Mangeshkar and Atif Aslam.

Last year, Mahesh Kumar Malani became the first Hindu in Pakistan to be elected on a general seat in the National Assembly, and Krishna Kumari from Thari background was elected in Pakistan’s Senate.

The Hindu community comprises 2 percent of the total population of Pakistan, still, Hinduism remains the second largest religion in Pakistan after Islam. Pakistan is the fifth largest country in the world that is home to the Hindu community.