Supreme Court of India Declared - Adultery is Not a Crime

Supreme Court passes a new law saying adultery is not a crime. Find out the reasons and the details of the new law. 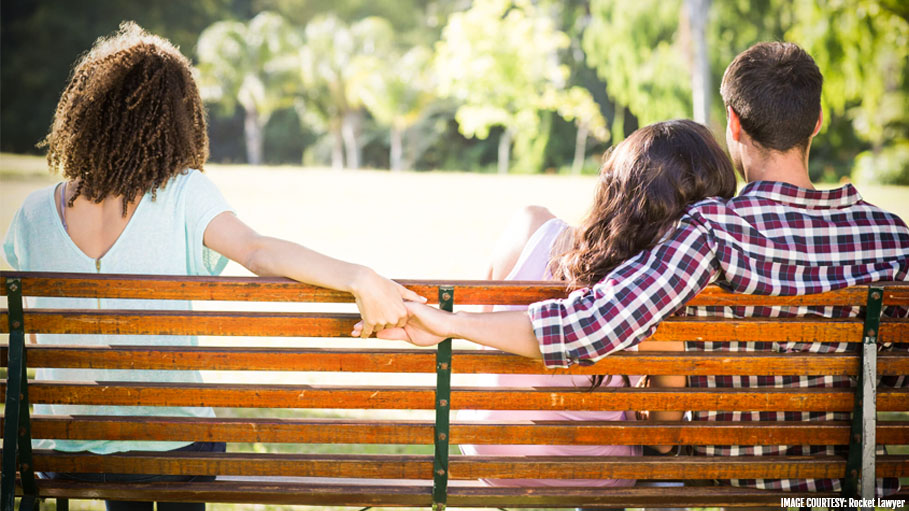 The new law was declared by the five-judge bench of the Supreme Court that clearly mentioned no law will affect the dignity of an individual and the equity of a woman in a civilized society. Chief Justice of India, Dipak Misra clarified that punishment will not be given on the grounds of adultery. Though adultery remains the ground for divorce.

The Supreme Court also declared that “the husband is not the master of the wife” and she is also not the possession of the husband.

The Supreme Court took this step over a prolonged law that has been in existence for 158 years. The law punished the man for the extramarital affair and the woman was not under the criminal offense as she was treated as the property of his husband. The five-judge bench took this decision unanimously and called out for gender justice making Section 497 of the IPC as arbitrary.

The earlier law saw the woman involved in the extramarital affair as a victim even though there was consent of both the parties in most of the cases. Due to this reason, the man who was having an affair with the woman was under the judgment of law and was viable for five years of jail or fine or both.

Dipak Misra, the CJI said, “The wife can't be treated as chattel and it's time to say that husband is not the master of a woman.” He also said that there can’t be any social license that destroys a home. The Supreme Court argued over the law of 1954 which in such cases always considered that it was the man who has seduced the woman to come into this illegitimate relationship and the women are just a victim of the situation.

The judges noticed that most nations had annulled laws against infidelity. As per the Chief Justice of India, making infidelity a wrongdoing is retrograde and would signify rebuffing miserable individuals. As he started perusing out the decision, the Chief Justice commented that the excellence of the constitution incorporates "the I, me and you" and any law which scratches personal dignity and value of women in a cultured society welcomes the fierceness of the constitution.

List of problems that were raised by petitioners against Section 497

•    The petitioners wanted the adultery law to change and made gender neutral. The law calls only for the man to be punished but no action is taken against the woman involved

•    As per Section 497, if husband involves in a sexual intercourse with another woman, the wife cannot file a complaint against him because the law has no such provision for the wife.

•    Section 497 of IPC reduced the position of women to a mere object considering that fact that no consent is required of the married woman for a man to involve in a sexual intercourse with a woman.

•    The law also said that if the woman's husband agrees on the affair, the act of infidelity will not be considered a crime. For this reason, many critics have called this law an anti-women law.

The Supreme Court mentions that Section 497 was a relic of the past and discarded the choices of women. The defense says that this law is defending adultery and says that it must remain a crime to protect the sanctity of marriage.

The Chief Justice of India said in the recent times, adultery might not be the reason for an unhappy marriage but it could be the result of one. The judges said, “In case of adultery, the criminal law expects people to be loyal which is a command which gets into the realm of privacy."

Several notable personalities have come up to protest and they are questioning the sanctity of the marriage. On the other hand, there are people who are in complete support of the new law. Sushmita Dev, the Congress MP and president of women's wing said "Excellent decision to decriminalize adultery. Also, this law that does not give the women the right to sue her adulterer husband & can't be herself sued if she commits an act of adultery is unequal treatment & militates against her status as an individual separate entity."

The lawmaking body said that in the first instance it might seem that it is simply supporting an immoral act of infidelity. The judicial body wishes to clarify the fact that the law is no way promoting infidelity. It is still a groundbreaking reason on which the divorce might happen. The criminal charges are being withdrawn and there is an effort to reduce the gender disparity that has been existing in the law. The right to equality is a fundamental right and the constitution is strictly adhering to that.

Will this new law promote infidelity or will lessen the gender gap? Do share your feedback on this new law and tell us your opinion on the same.