SUV Flies off Bridge, Plunges into River in Goa, All Passengers Missing

Goa Zuari River Bridge Accident: An official said that as per eyewitnesses, there were at least four people in the vehicle and it was being driven by a woman. 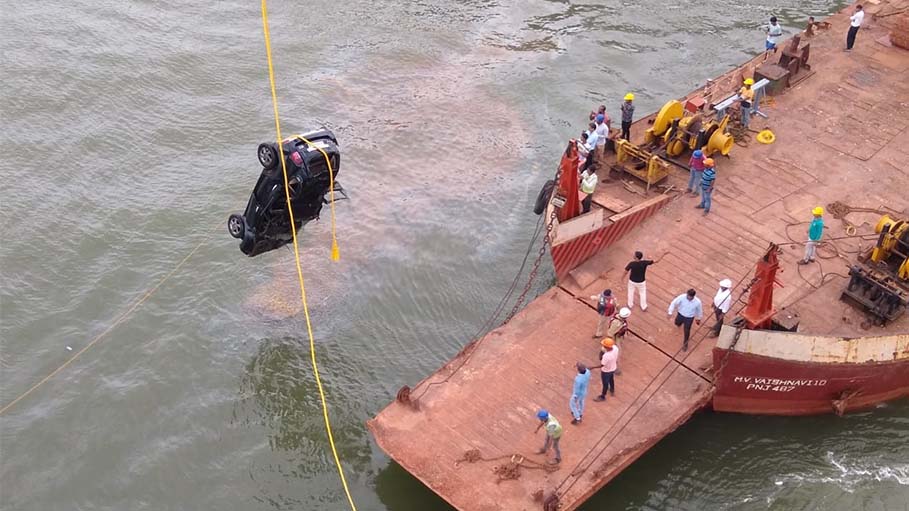 Panaji: An SUV carrying around four people fell into the Zuari river from a bridge in South Goa district in the early hours of morning today, police said.

The Indian Coast Guard, Navy, fire and emergency services and Goa police personnel have launched an operation to trace the vehicle and its occupants following the accident which took place around 1:10 am, he said.

The SUV tried to overtake a car over the Zuari river bridge on a national highway at Cortalim village, about 15 km from the state capital Panaji, he said.

It crashed into the bridge railings and plunged into the river, a senior police official said.

The official further said that as per eyewitnesses, there were at least four people in the vehicle and it was being driven by a woman.

The Goa police along with a Coast Guard vessel, barges, fire and emergency services personnel launched a massive operation to locate the vehicle, but could not trace it in the night due to darkness, he said.

"The Indian Navy divers also joined the search and rescue operation this morning," he official said.

The bridge is located on a national highway between Margao (South Goa) and Panaji.