In a terror attack in Jammu and Kashmir’s Kulgam district, five labourers were killed and one injured on Tuesday. All the deceased were non-Kashmiris and are native of Bengal’s Murshidabad district. 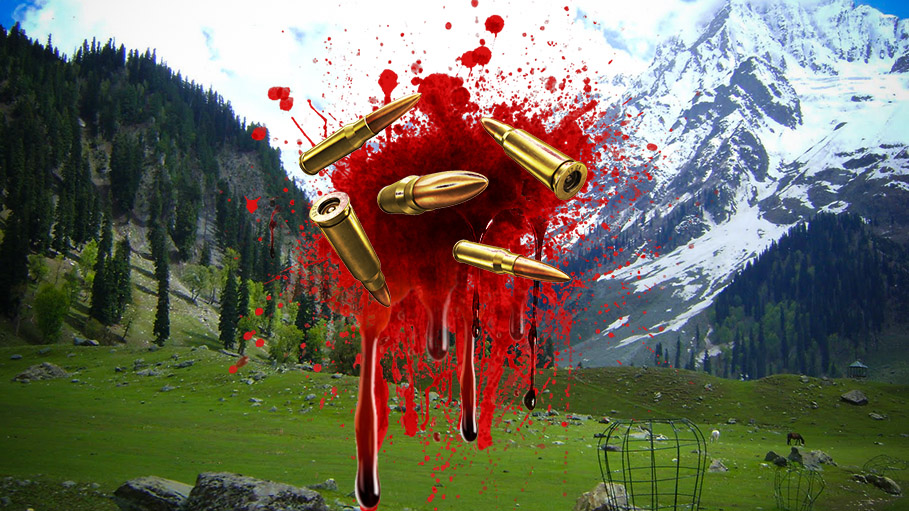 In a terror attack in Jammu and Kashmir’s Kulgam district, five labourers were killed and one injured on Tuesday. All the deceased were non-Kashmiris and are native of Bengal’s Murshidabad district.

The attack came after a day when terrorists shot a truck driver in Kashmir’s Anantnag district and targeted people waiting at a bus stand in Sopore. Earlier in the afternoon, terrorists also fired indiscriminately at paramilitary personnel who are deployed at a school in Pulwama district.

Immediately after the attack in Kulgam, Jammu and Kashmir Director General of Police, Dilbag Singh said, “We have rushed a police party headed by the Deputy Inspector General of South Kashmir”, adding that multiple bodies have been recovered.

Police also informed that all the labourers, who belong to Sagardighi in West Bengal’s Murshidabad district, were at a local resident’s home when the terrorists attacked.

Out of the five labourers, three were identified as Sheikh Kamrudin, Sheikh Murnsulin, and Sheikh Mohammed Rafiq and the injured man, Zahooruddin, was taken to the Anantnag district hospital for the treatment.

Chief Minister of West Bengal, Mamata Banerjee said that all necessary help would be given to the families of the labourers. She tweeted, “We are shocked and deeply saddened at the brutal killings in Kashmir. Five workers from Murshidabad lost their lives. Words will not take away the grief of the families of the deceased. All help will be extended to the families in this tragic situation”.

The attack occurred on a day when a 27-member delegation from European Union countries is visiting Srinagar to assess the ground situation in Kashmir after the government granted permission for the visit. The EU parliamentary delegation is comprising of Member of Parliaments from the UK, Poland, France, and other countries interacted with local representatives in Kashmir valley to get a first-hand understanding of the situation over there.

On reaching, the Jammu and Kashmir administration and police personnel briefed them about the precautionary measures they are required to follow during their inspection of the Valley. This is the first foreign delegation that has been allowed to visit Kashmir after the government scrapped Article 370 in August.

The visit of the delegation is not an official visit but the government believes that the delegation visit will help in shedding the wrong notion about governments control in the valley, as they have been criticized by a number of foreign leaders, including US lawmakers, for imposing restrictions on locals in Kashmir.

Ever since the Centre stripped Jammu and Kashmir of its special status through a presidential order on August 5, terrorists in the state have been attacking truck drivers and labourers belong to other states of India. So far four non-local truck drivers were shot dead by terrorists across Kashmir between October 14 and 28. In the most recent case, that occurred on Monday, the terrorists killed a resident of Udhampur, who was transporting apples through Anantnag.