Kate Middleton and Prince William have named their third child Louis Arthur Charles. The baby will be known as His ‘Royal Highness Prince Louis of Cambridge.’ 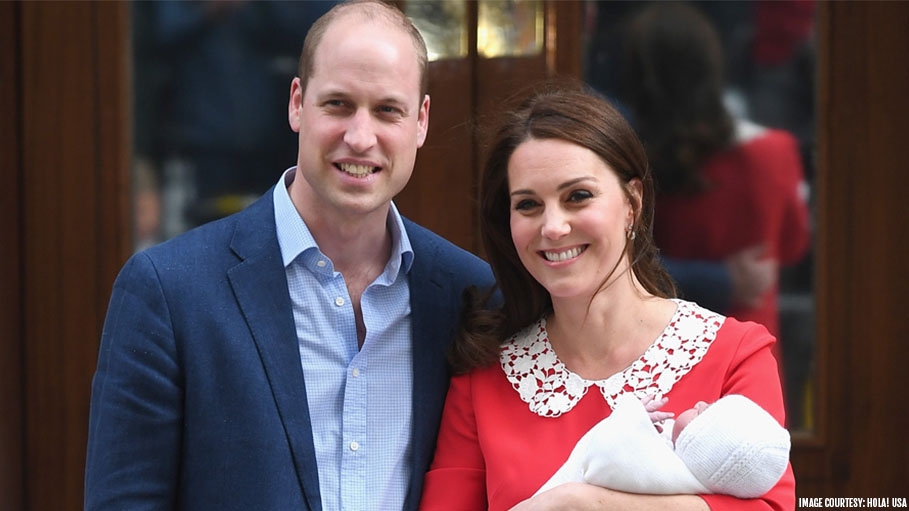 Kate Middleton and Prince William have named their third child Louis Arthur Charles. The baby will be known as His ‘Royal Highness Prince Louis of Cambridge’.

In a statement Kensington palace said, "The Duke and Duchess of Cambridge are delighted to announce that they have named their son Louis Arthur Charles.” The royal baby was born on 23 April at 11:01 a.m at St.Mary’s hospital. He is fifth in line to the throne after grandfather Prince Charles, father Prince William, and his two older siblings.

The name has a strong connection to the family and it has a tinge of tragedy associated with it. It is linked to Earl Mountbatten of Burma, the Uncle of Queen Elizabeth’s husband- the Duke of Edinburgh. After Mountbatten, served with distinction in World War II, he became the last Viceroy of India- the head of the British Colonial Administration in India. The Viceroy was killed when a bomb was placed in his fishing boat by the Irish Republican in 1979.

The Duke and the Duchess of Cambridge waited for four days to announce the name of their baby. Soon after the birth of the baby, at a number of events, Prince William acknowledged that it was quite difficult to choose a name for his third son.

Turrion was hired four years ago to look after Prince George. However, looks like now the super nanny’s duties have expanded with the birth of Prince Arthur. The 47-year-old ‘Super Nanny’ was trained at Norland college- an elite childcare training school. The graduates who have passed from this institute have taken care of children of famous people that includes Rolling Stones- Mick Jagger. With the support of the Super Nanny and a supportive husband like Prince William, Kate is bound to do a wonderful job of raising her third son- Prince Louis Arthur Charles.