The Indian Army Claims to Have Seen Yeti’s Footprints

The army tweeted, “For the first time, an #IndianArmy Mountaineering Expedition Team has sited mysterious footprints of mythical beast ‘Yeti’ measuring 32×15 inches close to Makalu Base Camp on 09 April 2019." 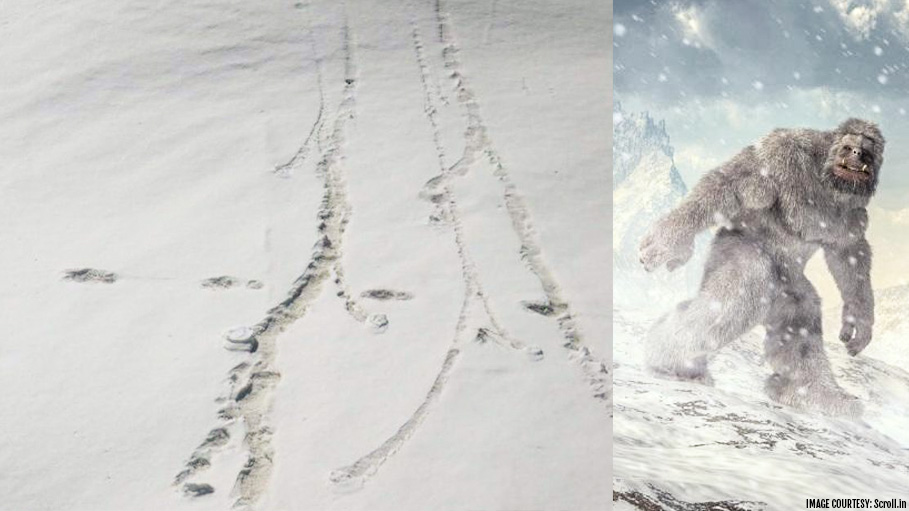 The Indian army’s Mountaineering Expedition Team is claiming that it has found Yeti’s footprints measuring 32.15 inches near the Makalu base camp in Nepal on April 9, 2019. The army took to Twitter to post pictures of the sightings.

The army tweeted, “For the first time, an #IndianArmy Mountaineering Expedition Team has sited mysterious footprints of mythical beast ‘Yeti’ measuring 32×15 inches close to Makalu Base Camp on 09 April 2019. This elusive snowman has only been sighted at Makalu-Barun National Park in the past.”

After the army’s tweet, #Yeti has become the top trending topic on social media. Some followers have responded critically to the army’s tweet for spreading theories that have been debunked by scientists’ years ago. Some trollers even poked fun at the army’s tweet.

Stories about the creature’s existence also known as the ‘Abominable Snowman’ has been doing the rounds for years. In Nepali folklore, ‘Yeti’ is a tall ape-like creature which exists in the Himalayan region. Over the years many people have spotted the ape-like creature or at least have come across its large footprints. In 1925, N. A Tombazi who was a photographer and member of the Royal Geographical Society observed a creature from 200 to 300 yards. The creature was dark and didn’t adorn clothes. When Tombazi and his companions approached the area, they saw footprints. They described it as "similar in shape to those of a man, but only six to seven inches long by four inches wide...The prints were undoubtedly those of a biped.”

The ape-like creature has been referred by many names such as Bigfoot, Skunk Ape, Yeren, Yowie and so on.

Researchers have debunked theories about the Yeti myth. After several researches, some researchers have come to the conclusion that ‘Yeti’ is, in fact, a bear. In a 2017 study, scientists examined samples such as hair, bone, skin and feces by using mitochondrial DNA and came to the conclusion that the samples belonged to families of bear. Scientists have generally regarded ‘Yeti’ as a legend as there was not enough scientific evidence to prove otherwise.

The Indian army, however, has been successful in reigniting the controversial topic on Yeti after sharing the photographs on Twitter. It’s being said that the army decided to share the photographs to excite scientific temper.