The Meaning behind the Logos of Leading Car Brands

The brands are known to you but do you know the logo stories. Take a quick sneak peek at your favorite car brands. 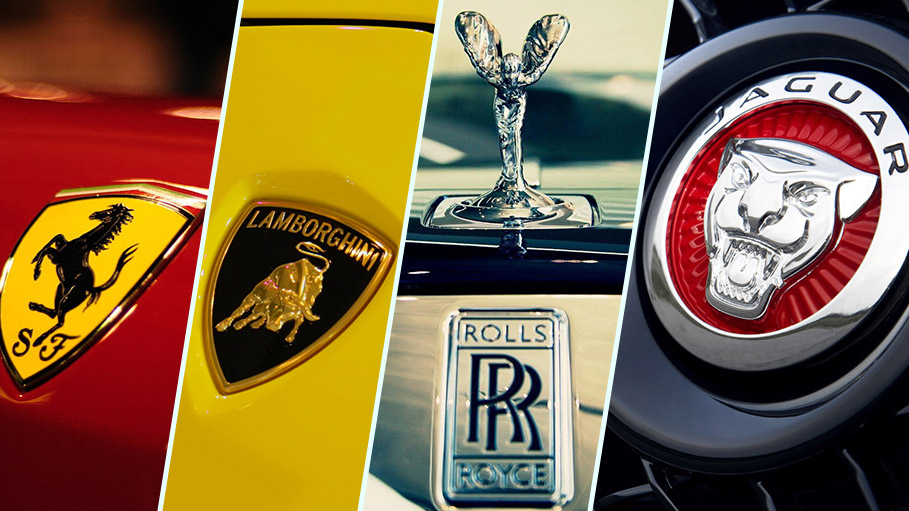 If cars take up that softest corner of your heart, then you must check out these stories of your favorite brands that you drool over. So, let’s begin.

Experts certify that Alfa Romeo Logo as the best in the automotive industry. It’s sleek and elegant with a hint of mystery. That left red cross is the symbol of Milan and on the right is the dragon-like creature that seems like eating a man. But the real significance is that the man is emerging from the beast’s mouth. The story behind this is the bravery of an important man called Ottone Visconti who was from Milan. He fought against the Saracen knight and killed him. He then adapted those symbols on the Saracen’s shield which is later used by the brand as their logo.

The logo of Audi is simple and clean. There are four rings in the logo that represent the four car companies that merged in 1932 to create the brand Audi.

During the First World War, Bentley started off making aircraft engines. Since then wings seemed to be a part of their identity and now you know the reason of those feathers in the logo.

The logo has got 60 dots surrounded all over. There are two stories that speak about these dots. Firstly, the dots are the symbol of pearls which means grandeur. Secondly, the dots are the representation of the safety wires that are used in the engines of Bugatti. The motif at the center is the initials of the founder, Ettore Bugatti.

The bow tie logo of Chevrolet is backed up by four theories. Firstly the design was first seen in a Parisian hotel by the founder William C. Durant. Some say, the design was sketched by the founder at the dinner table while he was having fried chicken and soup. The third theory is the derivation of an existing logo of a brand named Coalettes. The final theory is the logo is a stylised version of the cross that is present in the Swiss flag as the founder himself is a native of Switzerland.

As per Enzo Ferrari, the logo shows a “horse that was painted on the fuselage of the fighter plane of Francesco Baracca - a heroic airman of the First World War. In ’23, I met count Enrico Baracca, the hero’s father, and then his mother, Countess Paulina, who said to me one day, ‘Ferrari, put my son’s prancing horse on your cars. It will bring you good luck’. The horse was and still is there, black, and I added the canary yellow background which is the color of Modena."

Initially, before the Second World War, the brand was known as SS Cars. But the reputation of Nazi SS made the founders change the name to Jaguar. The Jaguar in the logo meant motion and grace.

The iconic bull in Lamborghini is that the animal that is present in the Zodiac sign of Ferruccio Lamborghini. Maybe for the same reason, he was a fan of bullfighting. Can you guess the zodiac we are talking about?

The logo reflects boldness and intent. The German brand has a three-pointed star that represents the three elements air, sea, and water in which the brand will dominate in.

In Japanese, Mitsu means three and bishi means water chestnut. The same word is used to denote the diamond or rhombus shape. Yataro Iwasaki, the founder of the Mitsubishi organization, chose the three-diamond mark as the emblem.

Maserati autos have constantly emitted a vibe of class and the logo is the same. The trident in the logo is derived from the Roman god Neptune from Bologna's Piazza Maggiore Central square. The trident means strength since Neptune was the lord of tempests, horses, and tremors.

Another clear-cut logo that uses the coat of arms of the Free People’s State of Württemberg. Stuttgart was the capital of the place which happens to be the manufacturer of the cars.

Rolls Royce, known for making plane motors and high-end cars, has apparently been the most delightful marque in the vehicle business. The Spirit of Ecstasy was designed according to artist Charles Robinson Sykes' secretary and escort – Eleanor Thornton. The adornment itself was appointed by Lord Montagu of Beaulieu. The puppet highlights Thornton with her finger to her lips and her robes rippling. Got to say, the artist and her interesting muse became the face of such a royal brand in a more interesting way.

Subaru implies unity in Japanese and is additionally the name for the Pleiades star group also known as Seven Sisters which is one of the closest star clusters to Earth and which is most evident to the bare eye around evening time. The explanation behind the star cluster’s utilization in the Subaru logo is to talk about the six organizations that converged to make Fuji Heavy Industries.

Elon Musk's Tesla is named after the fashioner of the substituting current power framework, Nikola Tesla. The main and the very first model of the brand, the Roadster, had an engine which was plunged from Tesla's unique plan. The 'T' seen on the logo implies a cross segment of an electric engine.

Toyota has been known to make intense and dependable autos and their image goes far in clarifying the organization’s concern for its clients. The internal ovals in the logo speak to the core of a client and furthermore the organization. The cover found in the ovals speak about the helpfulness and trust-based connection between the client and the customer, framing a 'T' shape for Toyota too. The external oval implies world grasping Toyota. There are likewise components of Japanese calligraphy workmanship and culture as every one of the ovals is drawn with changing degrees of strokes. The space around the background is said to speak about the features of Toyota holds as an automaker – quality, esteem, and advancement, trustworthiness in wellbeing, driving satisfaction, the environment, and social obligation.

Creators of some of the most secure autos on the planet, Volvo's logo originates from the organization's history in the iron business, symbolizing characteristics of iron like quality, wellbeing, and sturdiness. In Latin, Volvo signifies 'I roll'. The hover with a bolt indicates the Roman image of Mars, the divine force of fighting.

Putting an end to a long list here. Hope the next time you come across any of these brands, you will surely recall their legacies and their logo talks.