The Sound of Music Veteran Actor Christopher Plummer Dies at 91

Veteran Canadian actor Christopher Plummer, whose decades-long career featured an indelible star turn in "The Sound of Music" and an Oscar win late in life, died on Friday, his manager announced. He was 91. 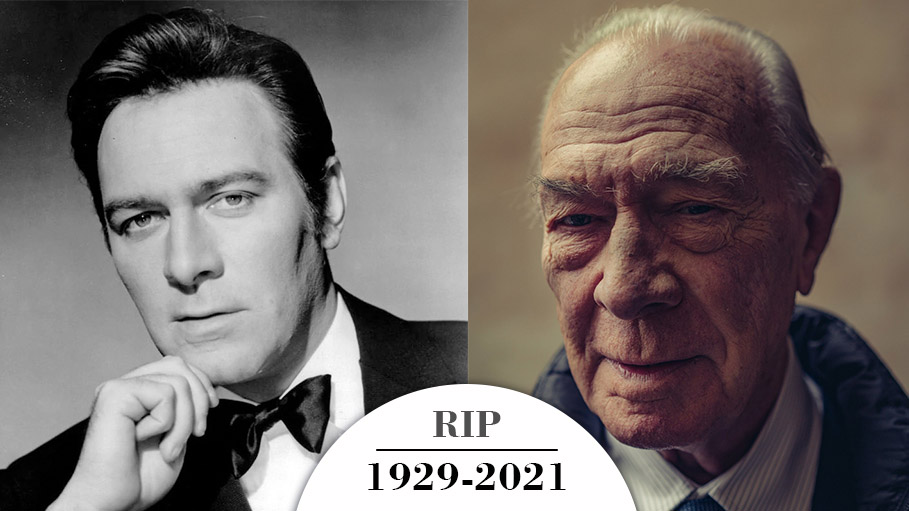 Los Angeles: Veteran Canadian actor Christopher Plummer, whose decades-long career featured an indelible star turn in "The Sound of Music" and an Oscar win late in life, died on Friday, his manager announced. He was 91.

Plummer died at his home in Connecticut with his wife Elaine Taylor at his side, his longtime friend and manager Lou Pitt said.

"Chris was an extraordinary man who deeply loved and respected his profession with great old fashion manners, self-deprecating humor and the music of words," Pitt said in a statement.

"He was a national treasure who deeply relished his Canadian roots. Through his art and humanity, he touched all of our hearts and his legendary life will endure for all generations to come."

Plummer starred as the aristocratic widower Captain Georg von Trapp opposite Julie Andrews in "The Sound of Music," the beloved 1965 cinematic tale of a musical family and their mischievous governess in Austria on the eve of World War II.

Despite its enormous worldwide success, Plummer publicly despised the film, calling his role "gooey" in The Hollywood Reporter in 2011.

But he later softened, telling the same publication in 2015 that the production was "the last bastion of peace and innocence in a very cynical time."

Andrews called Plummer a "consummate actor," adding in a statement to The Hollywood Reporter: "I treasure the memories of our work together and all the humor and fun we shared through the years."

Plummer was one of the most recognizable and admired character actors in Hollywood, with some 100 films under his belt and dozens of television roles.

His first Academy Award nomination came in 2010 for "The Last Station," for his portrayal of Russian author Leo Tolstoy.

He finally took home the golden statuette two years later, becoming -- at the age of 82 -- the oldest actor to win an Oscar, for his supporting role in "Beginners" as a man who openly embraces his homosexuality only after his wife dies.

"Where have you been all my life?" he joked to the trophy at the awards ceremony, quipping that he had been rehearsing his Oscar acceptance speech since he was born.

In 2018, he earned another Oscar nomination after standing in at the last minute in "All the Money in the World" for Kevin Spacey, who was dropped from the film following accusations of sexual misconduct.

Plummer played the hard-hearted billionaire J Paul Getty, who refused to pay a ransom for his kidnapped grandson.

Recently, he starred in the 2019 whodunit "Knives Out" alongside Daniel Craig, Chris Evans and Jamie Lee Curtis.

The director of that film, Rian Johnson, called Plummer a "legend who loved his craft, and was an absolute gentleman."

"So lucky to have shared a set with him," Johnson tweeted.

Born on December 13, 1929 in Toronto, Plummer made his professional theater debut in Ottawa in "The Rivals" in 1950.

He took to Broadway in 1954 with "Starcross Story" and broke into film in 1958 with "Stage Struck," before crossing the Atlantic in the early 1960s to work in London theater.

Plummer was dynamic on stage, earning praise as one of the premier Shakespearean actors to come out of North America in the 20th century.

Some critics said he initially failed to project that charisma on the silver screen, but that changed with "The Sound of Music," his best-known role.

After that film's wild success, Plummer earned a host of other leading roles over the decades, including as the first Duke of Wellington in "Waterloo" (1970), Rudyard Kipling in "The Man Who Would Be King" (1975), veteran CBS journalist Mike Wallace in "The Insider" (1999) and in Spike Lee's 2006 heist movie "Inside Man."

He also took on bit parts, from a Klingon general in "Star Trek VI: The Undiscovered Country" to the voice of a dastardly explorer in Disney-Pixar's Oscar-winning animated film "Up."

Plummer also took on many television roles, including a starring role in the popular 1980s miniseries "The Thorn Birds."

He won two Emmys -- one in 1977 for playing a scheming banker in "Arthur Hailey's The Moneychangers" opposite Kirk Douglas, and another in 1994 for narrating an animated series featuring the children's book character Madeline.

He also won two Tony Awards for his work on Broadway, both as best actor in a musical and in a play.

"I've managed to finish the cycle of the great, classic roles," he told British newspaper The Guardian in 2018. "I've played them all, some more than once."

"But the parts I'm receiving in films now are wonderful -- the last 10 parts have all been fascinating," he said.

Plummer was married three times, the last time to Taylor. He is also survived by his daughter, actress Amanda Plummer.