Trump Son, Trump Daughter and the President himself remember the best ever moms. 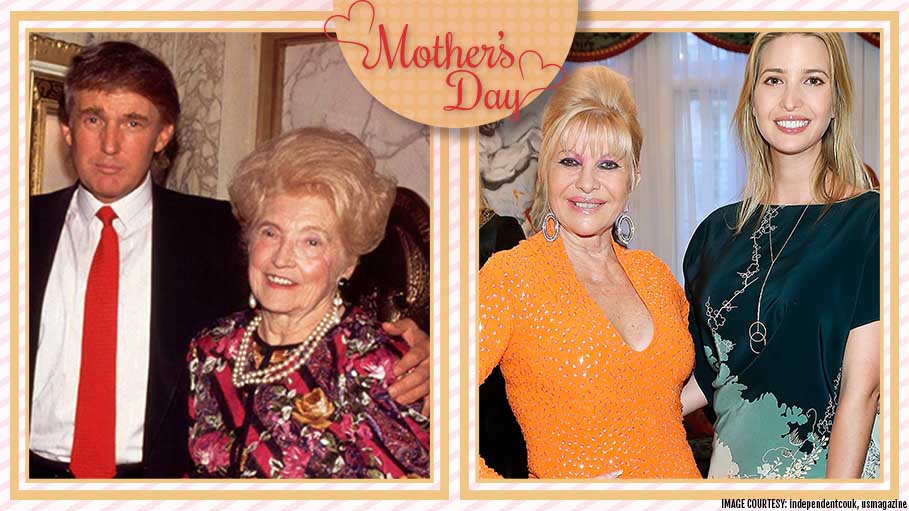 The Trumps took to social media to pay tribute to their moms this Mother’s Day. While US President Donald Trump posted a video, daughter Ivanka shared a throwback moment.

Sunday was the celebration of Mother’s Day 2018. All social media pages were overflowing with tribute to moms. The Trump family also joined the fashion by posting mother’s day respects on Instagram and Twitter. 36-year-old Ivanka Trump posted a skiing snap of her mother Ivana Trump, first wife of the current US President (1977-1992).

A shiny cover-up dress sported with a puffy hairstyle, Ivana Trump looks cute and quite attractive. Daughter Ivanka added in the post, “Happy Mother’s Day to my amazing mother and the best skier I know! Love you,”.

However, many of Ivanka’s Insta followers were not pleased with the throwback image. Many thought she could have posted an image that has the mother-daughter together. As this trend has become a widely followed custom these days, Ivanka might have wanted to stand out by sharing her mom’s young self. One commented, “How nice… but I’m sure she has some pretty amazing attributes as a mother than just being the best skier,”.

Another follower attacked Donald Trump in the response, “Your dad should’ve been a better husband to her,”.

The dad, President Donald Trump remembered her mother, Mary Anne MacLeod Trump on Twitter in a video. A Scottish woman by birth who later came to the US and got married to Trump’s father Fred Trump when they were very young. He described her mom to be “warm”, “loving” and said, today what he’s become is because of his mother. “I miss her a lot”, he added. The video gained over 113 likes. His visual tribute has no mention of his current wife Melania Trump or his children. Watch the full video below:

Donald Trump Junior, Ivanka’s brother, and Ivana Trump’s son also posted a Mother’s Day special snap that he dedicated to his wife Vanessa Trump, with whom he has five children. Posting a beautiful family image he wrote, “Happy Mother’s Day to the best mom in the world. Vanessa enjoy your day, you’ve certainly earned it dealing with those 5 munchkins and me.”

Unlike sister Ivanka, Donald Junior’s post earned positive comments, some even said that they would pray for the family.

Although, Vanessa and Donald Trump Junior are soon to part their ways.

Diwali Celebrations at the White House on Thursday