Since the collapse of the second summit between US President Donald Trump and North Korea’s Kim Jong-un in the Vietnamese capital Hanoi in February, negotiations which are aimed at dismantling Pyongyang’s nuclear and missile programs, between the two countries have stalled. 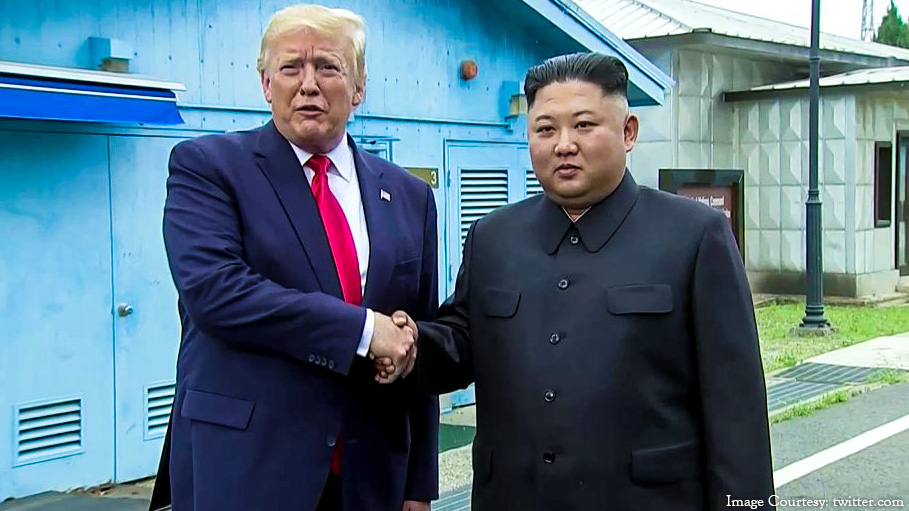 The United States is hoping to get back on track on the denuclearization talks yet again with North Korea very soon, to be precise in the coming days or weeks, as US Secretary of State Mike Pompeo has confirmed recently.

Since the collapse of the second summit between US President Donald Trump and North Korea’s Kim Jong-un in the Vietnamese capital Hanoi in February, negotiations which are aimed at dismantling Pyongyang’s nuclear and missile programs, between the two countries have stalled.

This year in June, US President Donald Trump made history by visiting Kim at the border between North Korea and South Korea and agreed to reopen working-level talks between the two countries, but that has not materialized yet. The meeting was historic because no other US President has visited or attempted to visit North Korea ever.

In an interview with ABC, US Secretary of State Mike Pompeo said, “We know Chairman Kim has continued to make the commitment to denuclearize. We are hopeful that in the coming days or perhaps weeks we’ll be back at the negotiating table with them. That’s the best outcome”.

In the past few months, North Korea has test-fired a series of short-range missiles to protest against US-South Korea joint military exercises on the Korean peninsula complicating the reopening of the talks. Pompeo said that despite those short-range tests, US is ready to talk with North Korea, though he called it disappointing, but also said Kim has not violated the commitments he made to Trump and the goal of US remains, a verified denuclearized North Korea.

Pompeo said, “I think President Trump would be very disappointed if Chairman Kim doesn’t return to the negotiating table or conducts missile tests that are inconsistent with the agreements that they made when the two of them were together these three times”.

On June 30, this year when they held an impromptu meeting in the Demilitarized zone that divides the North and South Korea, both Kim and Trump agreed to resume talks by mid-July and as with the September passing by, US is more eager to start the talks again to solve the matter for good.

The UN Security Council has unanimously imposed sanctions on North Korea since 2006, so that it can stop funding its nuclear and ballistic missile programs. The Council has also banned exports of important commodities like coal, iron, lead, textiles, seafood and capped imports of crude oil and refined petroleum products. It is therefore also hard for North Korea to survive without external export and support and thus it naturally compels Kim to agree to seat for talks with the US.

In the past one year, US President Donald Trump has met North Korean leader Kim Jon-un three times and tried to solve the issues. In all the talks though they have agreed to resume working on the line of talks but have repeatedly failed to do so, as the US wants Pyongyang to give up its nuclear weapons programme first and North Korea wants the US to treat them with respect and agree to its conditions first.