The US withdraws from Historic 1987 Nuclear Pact with Russia

US President Donald Trump took the decision that the United States would terminate its adherence to the 1987 arms control accord which is officially known as the Intermediate-range Nuclear Forces Treaty (INF). 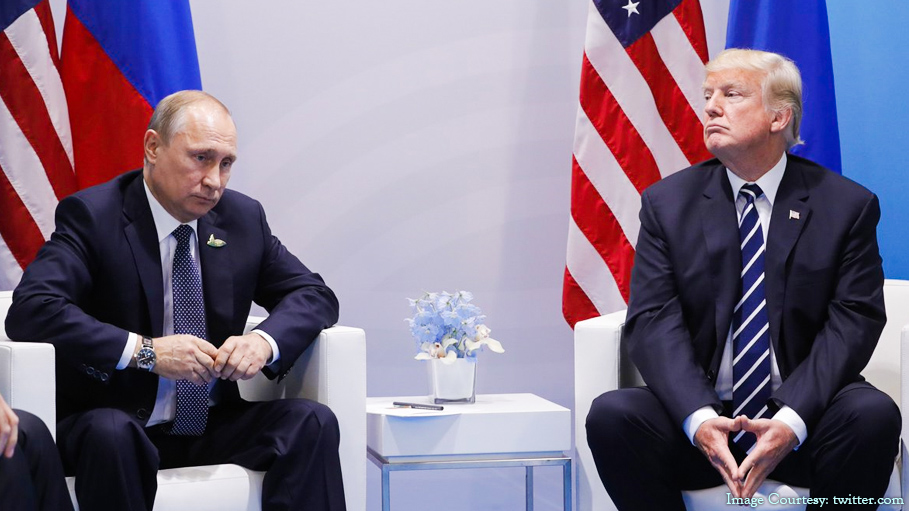 The United States of America has finally withdrawn itself from the landmark nuclear missile pact with Russia, accusing Moscow is in violation of the treaty, saying that it has no plans to come in compliance with the treaty.

US President Donald Trump took the decision that the United States would terminate its adherence to the 1987 arms control accord which is officially known as the Intermediate-range Nuclear Forces Treaty (INF). According to the treaty both the countries cannot station short and intermediate-range, land-based missiles in Europe.

The United States has indicated its intention to withdraw from the treaty, six months ago, if Russia made no move to adhere to it. In a statement Secretary of State, Mike Pompeo said, “The United States will not remain party to a treaty that is deliberately violated by Russia”.

He also said, “Russia’s noncompliance under the treaty jeopardizes US supreme interests as Russia’s development and fielding of a treaty-violating missile system represents a direct threat to the United States and our allies and partners”.

According to internal sources, Russia had deployed many “multiple battalions” of Russian cruise missile throughout Russia, which is in violation of the pact, including in western Russia and these missiles have the ability to strike critical European targets.

Though, Russia denies the allegation made by the United States, saying the missile’s range puts are outside the rules of the treaty and alleged that the United States is finding false cases against Russia, in order to exit that treaty, so that Washington itself can develop new missiles. Russia also has clearly rejected a proposal made by the US to destroy the new missile. The missile, named Novator 9M729, is also known as the SSC-8 by the NATO.

In the year 1987, the INF treaty was negotiated by then US President Ronald Reagan and Soviet leader Mikhail Gorbachev and passed by the US Senate, to eliminate the medium-range missile arsenals of the two biggest nuclear powers of the world and reduced their ability to launch a nuclear strike at short notice. According to the treaty, land-based missiles with a range between 310 and 3,400 miles or 500 and 5,500 km are banned.

Experts are of the opinion that the collapse of the pact could undermine other arms control agreements and that will going to affect the global system designed to block the spread of nuclear arms.

Though the US President Donald Trump has sought to improve, the United States relationship with Russia after a hostility during the tenure of his predecessor, Barack Obama. Recently Trump and Russian President Vladimir Putin spoke over the phone over the issue of Siberian wildfires and trade. But within a few days, the United States has come up with this decision.

The decision also will affect the nuclear demography of the world, with regular hostile warnings from North Korea on one hand and in Asia with China and Pakistan hitting each other with provocative movements.