Besides taking charge and tackling various aspects of the current situation in the country, Prime Minister Narendra Modi is making it a point to engage with the citizens through various platforms. 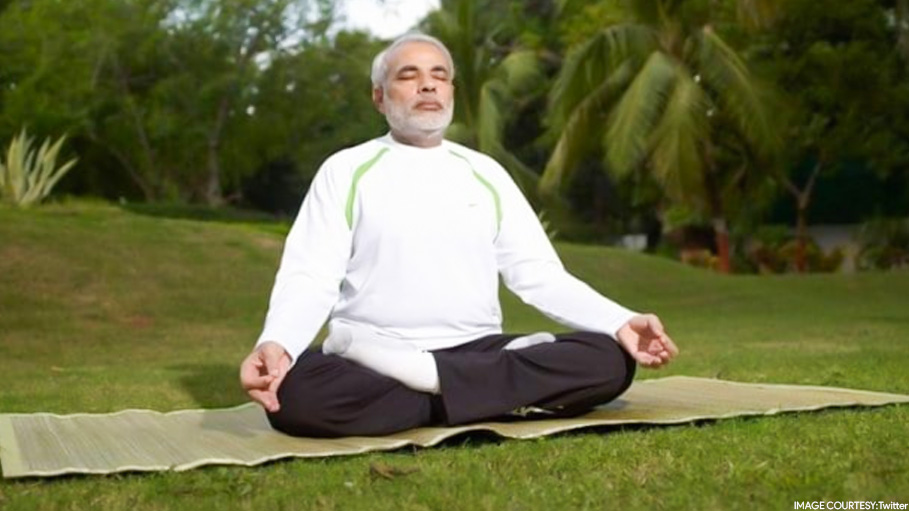 Besides taking charge and tackling various aspects of the current situation in the country, Prime Minister Narendra Modi is making it a point to engage with the citizens through various platforms.

On his Sunday radio show- ‘Mann Ki Baat’, the Prime Minister was asked how he was keeping himself active during the lockdown. In response to this question, he shared animated yoga videos.

“During yesterday's #MannKiBaat, someone asked me about my fitness routine during this time. Hence, thought of sharing these Yoga videos. I hope you also begin practising Yoga regularly,” the PM tweeted. He gave accounts of how people were spending time at home. Some took the opportunity to bond with family, some played board games, some tried their hand at cooking so on and so forth. “I saw on social media people are dusting off their tablas and Veenas and practicing. You should do the same. Re-explore your passion, look inwards instead of going out," said the Prime Minister. Mr. Modi promised to put up more videos which could be utilized by us.

“I will post videos on social media on what I do. Maybe you can use the videos. I am not a fitness expert, nor a yoga teacher. I am only a yoga practitioner. Maybe these will help you during the corona lockdown,” he suggested.

He is also seeking forgiveness for the urgent and sudden lockdown imposed in the country that has left many people especially the poor sections in dire straits. He drew flak for the lack of proper planning before initiating the lockdown.

Thousands of migrant workers and laborers from Delhi were forced to walk down to their villages as they were not left with money, jobs, and shelters. The government, however, has taken stringent steps to rescue the problem like providing transport, food, and shelter to them.

In the weekly address, Narendra Modi apologized for the impact of the lockdown. He explained that there was “no other way” to stop the rapid spread of the virus. “Especially when I look at my poor brothers and sisters, I definitely feel that they must be thinking, what kind of prime minister is this who has placed us in this difficulty?

"I especially seek their forgiveness,” he said.

Donald Trump Claims 7 million People to Welcome Him in Ahmedabad, Trolled on Twitter