In the picturesque shot, the actress can be seen staring at the sun rising in the Far East. The beauty of the scene seems to have captivated the actress so much...! 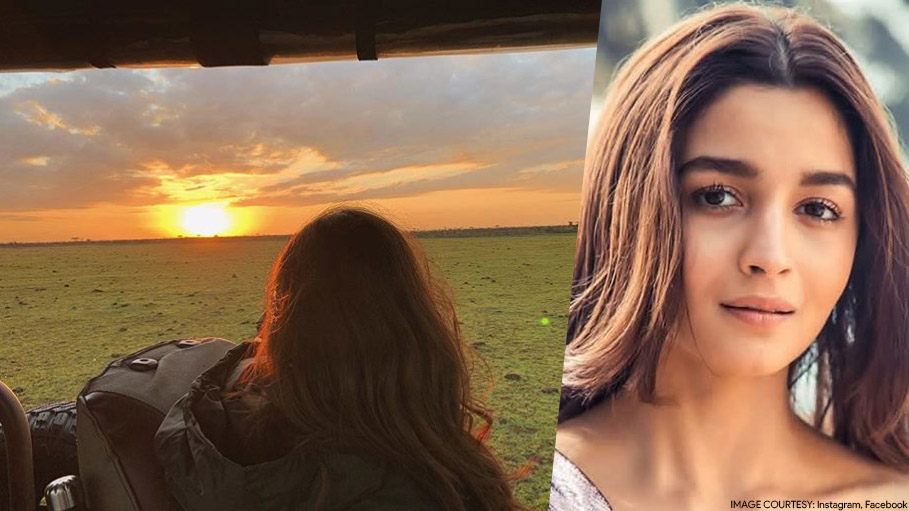 The fun of traveling, the beauty of nature and wildlife is doing wonders for ‘Kalank’ actress- Alia Bhatt. The actress shared a cool photograph of her vacation in Kenya, Africa and posted it on Instagram. The shot seems to have captivated Alia’s fans as it garnered over 4 lakh likes.

In the picturesque shot, the actress can be seen staring at the sun rising in the Far East. The beauty of the scene seems to have captivated the actress so much that she captioned it with American songwriter Morgan Harper Nichold’s beautiful lines: “Morning is here, the day is new, perhaps this is where the light breaks through.”

With this shot, one would assume that the actress is vacationing alone, however, a few more shots circulating on the net confirmed that she was with someone special.

Yes, it was boyfriend Ranbir Kapoor who was giving Alia company in the jungle safari while Alia had a camera in her hand. The couple appeared to have spent quality time together and are truly inspiring us to set vacation goals.

Alia Bhatt was recently seen in a photo in which she adorned a gorgeous red lehenga. It was part of an advert for bridal wear however some fans morphed the picture and placed Ranbir Kapoor’s picture instead of Kunal Thakur who was the groom in the advert. Have a look at the morphed picture below.

And here’s the pic from the ad:

Speaking about the viral pic, Kunal Thakur who acted as Shahid Kapoor’s friend in ‘Kabir Singh’ said, “I was surprised to see the picture from the ad being passed around as one from their wedding. It appears fans are desperate to see them married. They superimposed Ranbir’s picture on my face and circulated the image. I learnt of it when I began to receive messages from those who knew about the ad, informing me of this image.” He added, “She looked gorgeous. It was good to get the experience of a wedding before I get married.”