‘Bachelor Dad’ published by Penguin India is written by the cool single dad Tusshar Kapoor. The upcoming book with a captivating title takes us into the fatherhood journey of the actor. 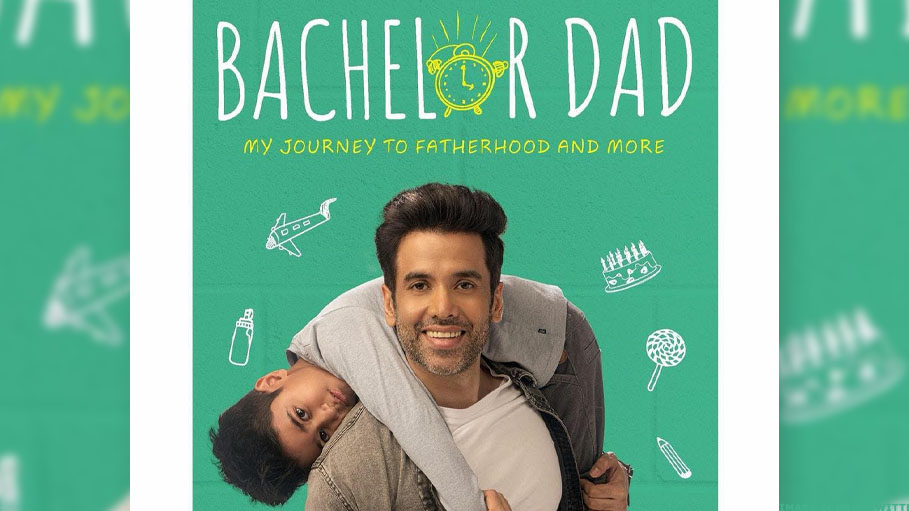 ‘Bachelor Dad’ published by Penguin India is written by the cool single dad Tusshar Kapoor. The upcoming book with a captivating title takes us into the fatherhood journey of the actor.

Choosing to become a single dad through surrogacy was a brave step indeed. With a lot of questions in his mind, the actor decided to take the plunge anyway! He became the father of Lakshya in 2016.

Before taking the step the actor had to deal with a lot of questions.

“The questions were mostly about ‘Why did I do it? How is it possible? Is it the right thing to do? and ‘Will I be able to do it? After I became a father, the questions were about how I am managing it. The initial surprise was because I was one of the very first people in the fraternity to become a single parent in this manner” explains Tusshar.

The good news is that even though people were curious they were not negative and had been supportive regarding his single parenthood journey.

“There were lots of questions that came to my mind as well. (For example) if people will accept it positively? Will there be too much of a shock? Will there be a backlash in the media because I was breaking cultural norms? The book sheds light on all these queries and also chronicles how I decided to take the plunge and eventually found my true inner calling,” he added.

Tusshar’s sister Ekta Kapoor has followed suit and welcomed a baby boy named Ravie via surrogacy. She encouraged Tusshar when he decided to become a father saying, “‘you’ll be showing the way to so many other people’.

She said, “you had the guts to do this.”

‘Bachelor Dad’ sheds light on every detail concerning Tusshar’s single parenthood journey. Through the book, he aims to answer all the questions that Single Dads encounter. The book is ready to hit the market in the month of February.