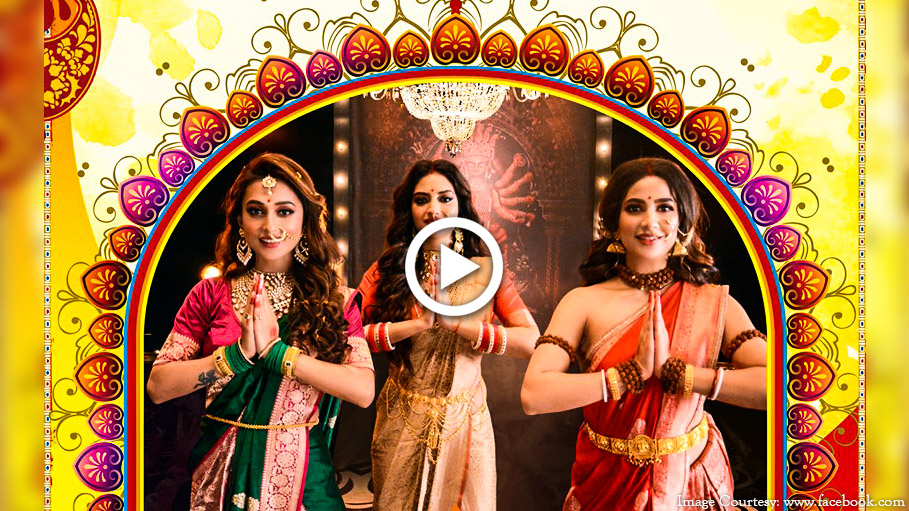 While Durga Puja is around the corner, regional business organizations and groups in West Bengal have already been going high on making the most of this grand festival commercially. A growing steel brand from Bengal also invested in a vibrant dance video signing in the 3 most successful faces of the Bengali film industry. However, going by the social media vibe, the dance video has been earning scathing criticism since its release. But why exactly? Let’s find out.

The video starring Mimi Chakraborty, Subhashree Ganguly and Nusrat Jahan, attempts to capture the spirit of Durga Puja via traditional/classical dance performances. Currently, the video has gone viral on all social media platforms including Facebook, but for the wrong reasons.

Netizens are lambasting the dance performances of the actresses all out. According to them, the choreography is not upto the mark and the performances are poor and unprofessional. Questions rising, why it should be only the actresses, even if they can’t do justice to the execution? Or how come the choreography and performance could get approval? Many suggested, hiring some authentic and professional dance artists would have been a wise choice.

Few netizens also claimed the Bengali lyrics of the Puja video song doesn't make sense. So not only the 'Mudras' and postures of the dance, but the entire production is not going down well with the majority of the viewers.

Well, lately Mimi and Nusrat have become the members of the parliament, and Subhashree is riding on the success over her currently running film ‘Parineeta’. Interestingly, three of them starred in the last year’s Puja video as well by the same steel brand, and many social media users are keen on putting the last year’s video over the latest one.

We are eager to know your views as well. Do watch the video and share your opinion in the comments below!