The man was found dead inside his vehicle after waiting in the queue at the filling station in Anguruwatota, police said. 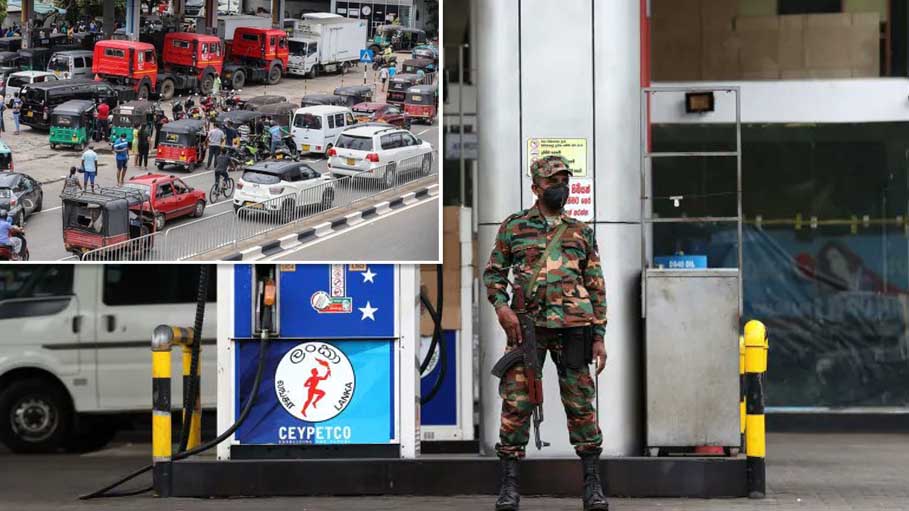 Colombo: A 63-year-old truck driver has died in Sri Lanka after standing for five days in a queue at a filling station in the country's Western Province, the 10th death reported due to prolonged waiting for fuel procurement in the debt-ridden island nation grappling with the worst economic crisis since its independence, according to a media report on Thursday.

The man was found dead inside his vehicle after waiting in the queue at the filling station in Anguruwatota, police said.

The death count in queues now stands at 10 and all the victims have been men aged between 43 and 84 years. Majority of the deaths reported in queues have been due to cardiac arrests, the Daily Mirror newspaper reported.

A week ago, a 53-year-old man died while waiting in a queue for several hours at a fuel station in Panadura in Colombo. The man was reported to have died of a heart attack while waiting in the queue in his three-wheeler.

Sri Lanka, home to around 22 million, is currently facing its worst economic crisis in more than 70 years. Sri Lanka's economy is experiencing extreme fuel shortages, soaring food prices and a lack of medicines.

The current shortages were made worse by the government's inability to get the state-owned Bank of Ceylon to open Letters of Credit for fuel imports.

As a measure to tackle the fuel shortages and the resultant transport difficulties the state sector employees are allowed to treat Fridays as holidays starting from June 17, the public administration ministry said in a circular. This will be in force for the next three months.

A special holiday was granted on Friday for all schools due to transport difficulties. The privately-owned bus operators said they were doing only 20 per cent of the services due to fuel scarcity.

The state employees are encouraged to indulge in agricultural activity to grow food during the Friday holiday as a measure to mitigate the perceived food crisis forthcoming.

The country is experiencing long queues for refuelling at filling stations as the government finds it difficult to finance fuel imports to retain a reserve adequate for a minimum of three months. A move to ration fuel is to be implemented from next month as the forex crisis gets worsened.

In an unusual move, the envoys of the United States and the United Nations here on Sunday urged Sri Lanka's security forces to understand the frustration of citizens spending hours in long lines for essential commodities, and emphasised the need to quickly probe any excessive use of force against the public.

The appeal from the two envoys came a day after a clash between people and army personnel in a queue for fuel in Vishvamadu, Mullaitivu.

The nearly-bankrupt country, with an acute foreign currency crisis that resulted in foreign debt default, had announced in April that it is suspending nearly $7 billion foreign debt repayment due for this year out of about $25 billion due through 2026.