Trump's Own Social Media App Goes Live with Many "Glitches"

Donald Trump's new social media app has started its gradual rollout but thousands of would-be users encountered glitches or found themselves placed on a waitlist Monday due to what the app called "massive demand." 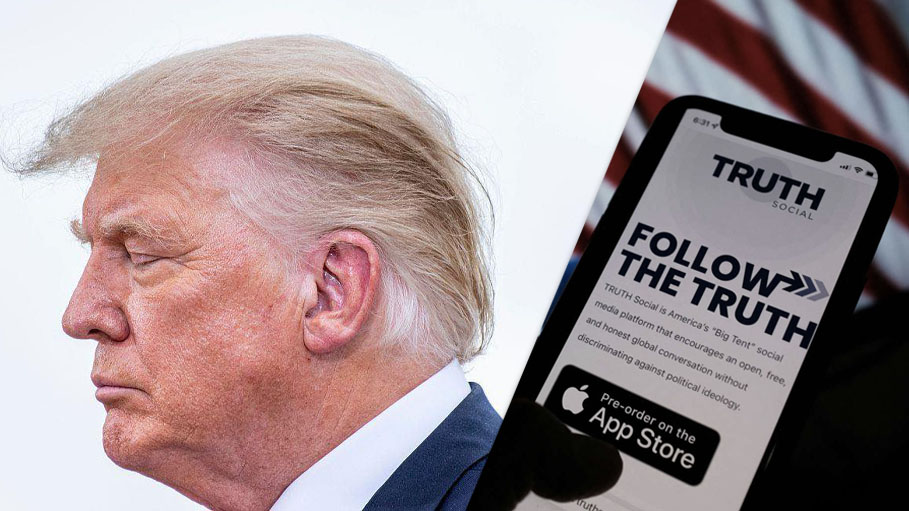 Washington: Donald Trump's new social media app has started its gradual rollout but thousands of would-be users encountered glitches or found themselves placed on a waitlist Monday due to what the app called "massive demand."

Devin Nunes, CEO of the Trump Media & Technology Group (TMTG), said the app, called Truth Social, would be "fully operational" by the end of March. TMTG is the parent company of the new app.

On Monday morning, Truth Social topped the chart of the most downloaded apps in Apple's US App Store, beating out the likes of TikTok, YouTube and Instagram.

But attempts to download it were met with frustration.

Some received the message: "Something went wrong. Please try again."

One AFP journalist who tried to sign up Monday made it further, receiving a thank you for joining, but an added message that "due to massive demand, we have placed you on our waitlist.

Trump hopes Truth Social will help make up for his banning early last year by Facebook, Twitter and YouTube, and provide the Republican ex-president a fresh platform as he seeks to raise his profile in the run up to the 2024 elections.

The tech giants excluded Trump following the assault on the US Capitol on January 6, 2021, amid accusations he had used social media to incite his followers to use force in a bid to overturn the result of the 2020 election.

Before being banned, Trump had some 89 million followers on Twitter and used the platform constantly, both for presidential statements and to attack rivals.

It was too early to know Monday how many people might eventually follow the former president to his new online venue.

TMTG, asked for comment by AFP, did not immediately respond.

Nunes, a conservative Republican who resigned from Congress to lead TMTG, took aim Sunday at the platforms that banned Trump.

"We want (customers) to tell us what they would like to have on the platform, which is the opposite of some Silicon Valley tech oligarch freak telling people what they want to think and deciding who can or cannot be on the platform," he told Fox News.

But Truth Social reportedly will use artificial intelligence censors to police posts on the app.

"TRUTH is coming..." congresswoman Elise Stefanik, the number three House Republican, tweeted Friday. She posted a screen grab of her message on Truth Beta, the test version of the new site, saying, "I'm so excited to be on TRUTH!"

And Donald Trump Jr. celebrated on Twitter, posting, "Time for some Truth!!!"

The group reportedly has a $1.25 billion treasure chest as it seeks a niche in a crowded conservative social-media marketplace, currently served by platforms such as Gettr, Parler and Gab.

Trump and his wife Melania Trump also plan on Monday to offer for sale 10,000 NFTs, or non-fungible tokens, illustrating key moments in the Trump presidency. NFTs are certified digital images that can be bought and sold.

Trump, who is 75, has hinted but never definitively said whether he will seek the presidency again.

He is currently under the shadow of multiple investigations and lawsuits, including over his tax filings and his efforts to cling to power after losing the 2020 election.

Some conservative lawmakers who still support Trump, like House Republican Marjorie Taylor Greene -- whose personal Twitter account was permanently suspended last month over Covid-19 misinformation -- were given early access to a test version of the app.

"I understand what millions of conservatives have gone through having their personal freedom of speech stolen from them by Big Tech for not parroting the approved messaging," she said in a tweet on her congressional account showing images of her account on Truth Social.

"Options are always good for consumers," she added. "Now, we'll see what happens."