Ex-president Donald Trump and his eldest children are scheduled to testify in New York's civil probe into alleged fraud at their family business from July 15, a court document showed Wednesday. 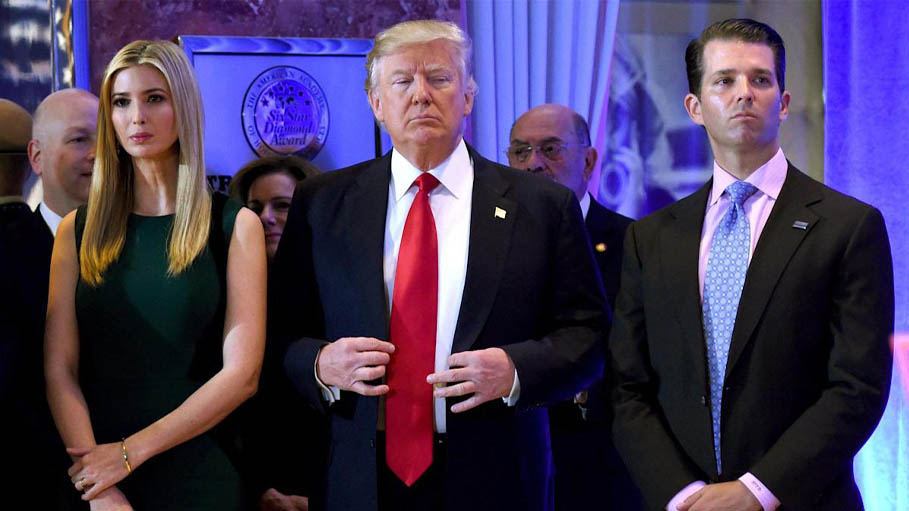 Washington: Ex-president Donald Trump and his eldest children are scheduled to testify in New York's civil probe into alleged fraud at their family business from July 15, a court document showed Wednesday.

New York state attorney general Letitia James and her team of investigators will have to conclude their questioning "by the following week," the filing said.

Trump, Donald Jr and Ivanka have until June 13 to appeal to New York state's highest court for a stay, according to the document filed by a lower court.

The trio have been fighting in court to avoid having to give evidence under oath in James's tax evasion probe, which they argue is politically motivated.

New York state judge Arthur Engoron ruled in February that the trio must testify, rejecting a plea by the Trumps to quash subpoenas issued by James.

She suspects the Trump Organization fraudulently overstated the value of real estate properties when applying for bank loans, while understating them with the tax authorities in order to pay less in taxes.

The Trumps have denied any wrongdoing.

Last month, the former president paid a $110,000 fine for refusing to provide accounting and tax documents as part of the civil probe.

If James, a Democrat, finds any evidence of financial misconduct, she can sue the Trump Organization for damages but cannot file criminal charges.

James's probe is one of several legal battles in which Trump is embroiled, threatening to complicate any bid for another run for the White House in 2024.

The Trump Organization is also under investigation by the Manhattan District Attorney for possible financial crimes and insurance fraud.

Weisselberg's trial is due to begin this year.

Trump, 75, has so far kept Americans guessing about whether he intends to seek the Republican nomination again.

Donald Trump and Melania Set off for Christmas Vacation