US President Donald Trump will visit Britain for NATO's 70th-anniversary summit next month, the White House said Friday, in a trip falling days before the country votes in a general election. 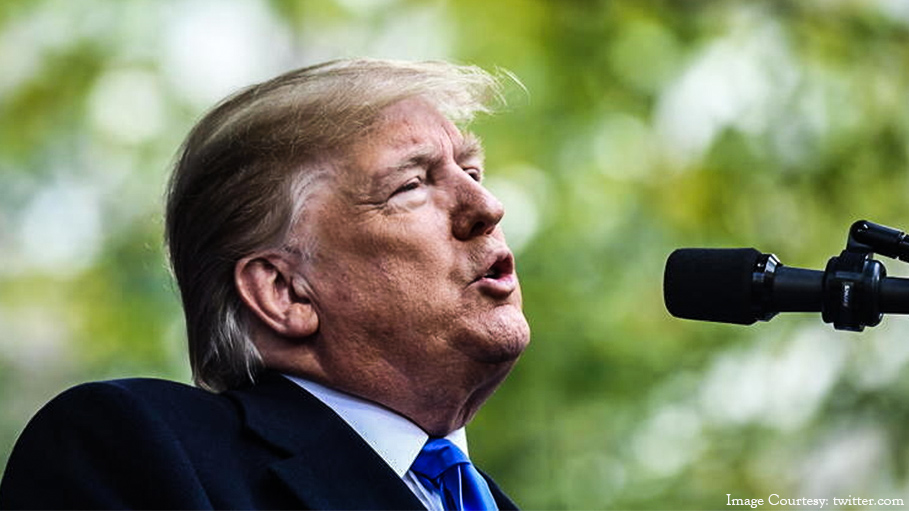 US President Donald Trump will visit Britain for NATO's 70th-anniversary summit next month, the White House said Friday, in a trip falling days before the country votes in a general election.

British Prime Minister Boris Johnson is seeking to retain power in the December 12 election that has been dominated by Brexit -- a hugely divisive plan for which Trump has voiced strong support.

The president, who backs Brexit, even in a "no-deal" scenario with the European Union, has already roiled the election campaign by suggesting last month that the terms of Johnson's current EU divorce deal mean London could struggle to continue to trade with the US.

The White House said in a statement that Trump and First Lady Melania would visit Britain from December 2 to 4, attending the NATO gathering and a reception hosted by Queen Elizabeth II.

Trump has repeatedly expressed criticism of NATO — unprecedented for a US president. In addition, the summit will take place at a time of turmoil within the Western alliance.

French President Emmanuel Macron this week said the bloc was undergoing "brain death," a claim that prompted a fierce response from German Chancellor Angela Merkel and others.

Merkel said his comments were "drastic" and US Secretary of State Mike Pompeo insisted NATO was "important, critical."

In a meeting with Trump at the White House on Wednesday, Turkish President Recep Tayyip Erdogan called Macron's statements "unacceptable."

Erdogan's visit to Washington also highlighted one of the many challenges facing the alliance: Turkey's purchase of Russian anti-aircraft missiles.

The United States has ejected Turkey from the F-35 advanced stealth warplane program in retaliation.

Fireworks can also be expected over Trump's sometimes bruising campaign to get other NATO members to increase defense budgets. The president complains bitterly that allies are too reliant on the US military's security umbrella.

The White House said Trump would use the summit "to review the Alliance's unprecedented progress on burden-sharing, including adding more than $100 billion in new defense spending since 2016."

He will also emphasize NATO's need to combat "the threats of tomorrow, including those emanating from cyberspace, those affecting our critical infrastructure and telecommunications networks, and those posed by terrorism," the White House said.

Following a meeting the day before between Trump and NATO chief Jens Stoltenberg, the White House said in a Friday statement the two leaders "agreed that all Allies should reach a defense spending target of 2 percent of gross domestic product."

And in a reference to US concerns that Chinese companies could use 5G telecommunications infrastructure to spy, the two leaders also concurred that NATO members should ensure "that only trusted and reliable telecommunications providers and equipment are allowed into 5G networks."