The Indian steel major has recently pledged an investment worth $1 billion to modernize its manufacturing facilities in Texas and Ohio. 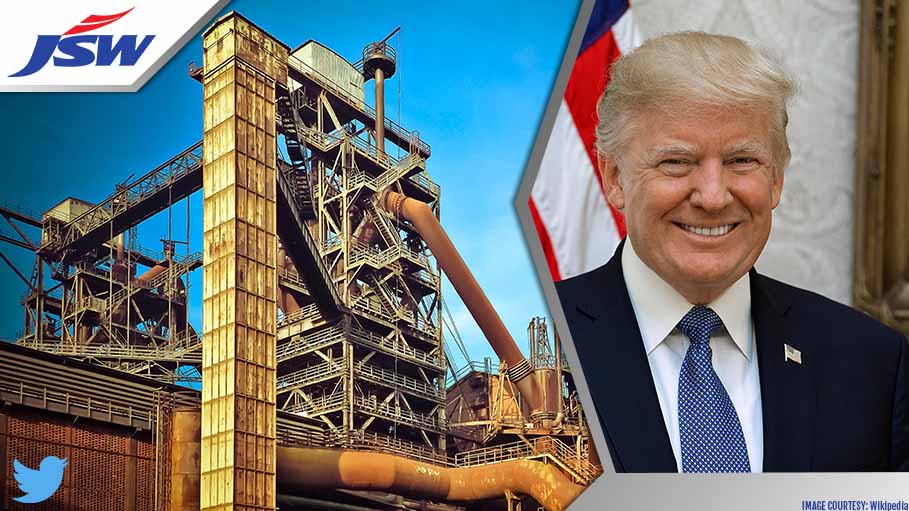 The US President Donald Trump tweeted JSW Steel’s proposed phased investment of up to $1 billion in the US, to produce American Melt & Manufacture steel. Reacting to the details, Trump took to Twitter, saying: “Steel is coming back fast. U.S. steel adding great capacity also. So are others.”

Steel is coming back fast! U.S. Steel is adding great capacity also. So are others. https://t.co/0Pzwjg3Vxn

Parth Jindal, Director - JSW Steel (USA) Inc, said that JSW was pleased to share its intention for additional investments in the US market. He said that it is the company’s intention to further augment its capacity in Acero Junction over the next few years and, subject to necessary approvals, to take the combined capacity of JSW USA to 4 MTPA (3 MTPA at Acero and 1 MTPA at Baytown), which will be 100 per cent American Melted and Manufactured.

Kristi Tanner, Senior Managing Director – JobsOhio said that they are excited to welcome JSW Steel to Ohio. “Its planned investment in Acero Junction Holdings will bring cutting-edge technology that will revitalize the facility and bring good-paying jobs to the community.” She said.

The proposed investment at Ohio will be used to upgrade and enhance Acero’s integrated steel manufacturing unit. JSW will revamp and restart the electric arc furnace and the slab caster, and modernize the hot strip mill, in the first phase, with a total capital outlay of $250 million. In the next phase, the company will make an investment of $250 million in order to evaluate and explore adding another electric arc furnace (EAF) as well as other manufacturing facilities at the hot strip mill. This would make Ohio facility a fully integrated unit with 3 MTPA steel plant. The company will shell out another $500 million to expand and modernize its manufacturing operations in Texas. The Texas facility is one of the widest steel plate and pipe mills in North America.

JSW Chairman has been positive on Donald Trump's initiative of introducing protectionist measures in favor of US domestic industry. In April this year, JSW Chairman, Sajjan Jindal, congratulated POTUS on the success of his policies and bold steps taken to safeguard domestic manufacturers. He urged the Indian government to consider following the path chosen by President Trump on such trade matters.