Trends on Twitter seem to be obsessed with India’s Lunar Mission, especially after the Vikram Lander instance. The Twitter hashtag diversity surrounding the ISRO Chandrayaan 2 stories is quite astonishing. 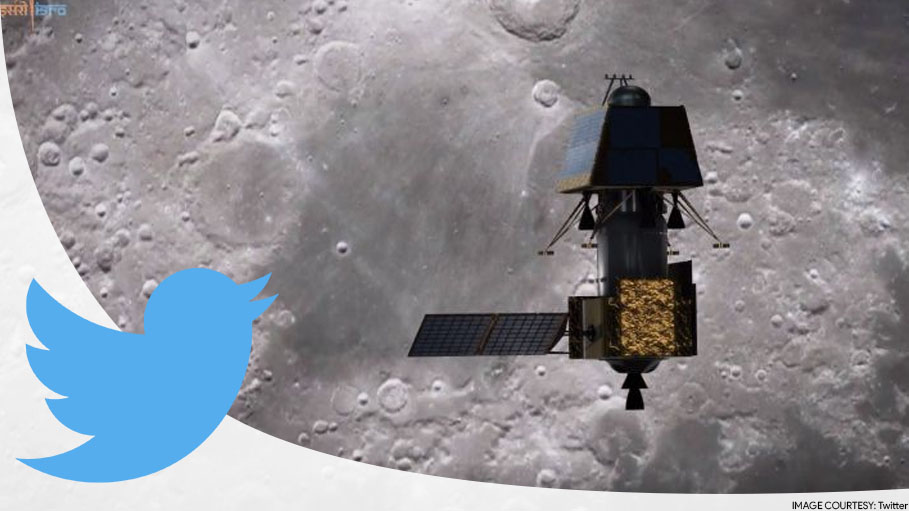 The ISRO Moon Mission somehow didn’t go accordingly the scripts at the last hour. Vikram Lander lost communication, hence the landing didn’t materialize, and as per ISRO, the Orbiter is in a continuous process to find the status of the lander.

But, that doesn’t stop the Twitterati from making the topic to the hotlist of the social platform, one way or the other.

One ISRO official revealed, Chandrayaan 2 isn’t a failed mission at all, as only 5% of it didn’t turn out as planned. However, a fair amount of our Twitter populace is hashtagging the mission as #IndiaFailed, although, half of them aren’t having an apprehensive perception, few have gone a step further by trolling the issue.

Don't worry India Shahrukh Khan will complete this mission in his next movie 😂😂#IndiaFailed pic.twitter.com/Jhnk5gnxm8

This hashtag is currently trending with over 54k tweets.

#Chandrayaan2 with over 152k tweets has become a celeb favourite.

There's nothing like failure in science, we experiment & we gain. Massive respect for the scientists at #ISRO who worked relentlessly over days & nights. The nation is proud of you, Jai Hind! 🇮🇳 #Chandrayan2

Hum Honge Kaamyaab Ek Din!#Chandrayan2 has taken us closer to the moon than we ever were, and will be an integral step towards ultimate success. What @isro has achieved is phenomenal, and must be applauded.#ISRO #ProudOfISRO #ProudIndian

SEE ALSO:
How to Write a Tweetstorm With Twitter Threads