During the time of the first usability test, Twitter found that it was challenging for people to quickly understand all the content in a Retweet with media. Two large Tweets stacked on top of each other, thanks to the layout. 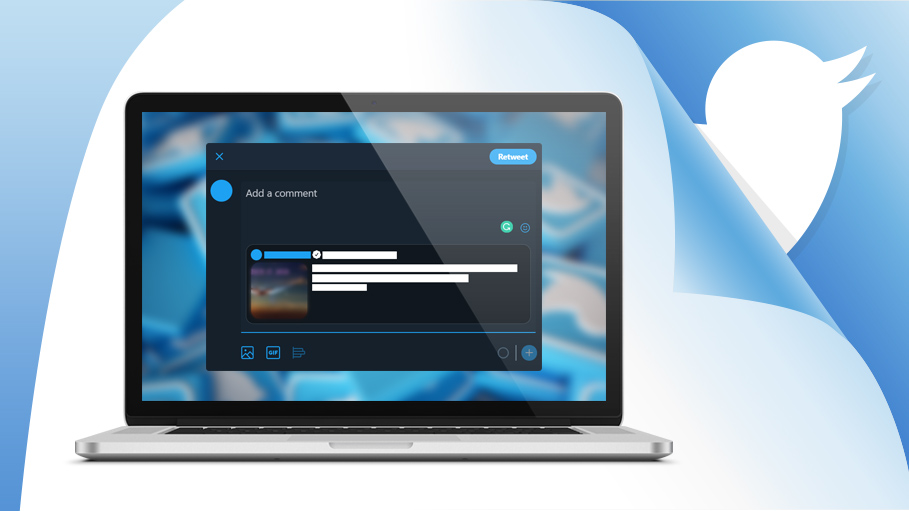 You can now do something new with your Retweets – add a GIF! In the new scheme of things, the same photos, videos, and GIFs that one adds to a Tweet can be added to a Retweet, making it easier to share what’s on one’s mind and join the conversation when one can’t find the right words.

The new update has been rolled out on iOS, Android, and mobile.twitter.com. But first, check out the first Tweets using this feature from some accounts like @Hoezaay, @dianapenty, @mipaltan and @GameOfThrones.

During the time of the first usability test, Twitter found that it was challenging for people to quickly understand all the content in a Retweet with media. Two large Tweets stacked on top of each other, thanks to the layout.

To improve comprehension, they focused on creating hierarchy, prioritizing the author’s voice, and providing more context around the Tweet being Retweeted. Next, they ran a second usability test, introducing a condensed inner Tweet that was styled similar to a pull quote. This process aimed at helping differentiate the two components of the Retweet.

They ran an experiment on the pull quote styling to test against the live experience. Based on feedback, they decided to return to a box container.

The final design is a more clear visual hierarchy that includes a condensed inner Tweet, featuring an avatar to give more context and help you quickly see who’s talking and a simple box container for easy interacting.

Sarah Personette, VP of Twitter Client Solutions, saw an opportunity for people and marketers to tap into the new feature.

She said that they pride themselves on being a space where the most vibrant conversations happen and they recognize that images have become a big part of how people talk to each other and express themselves. By expanding the places where one can use videos, GIFs and photos, they're also giving marketers more opportunity to add vibrancy to the way they talk to people on Twitter and add new layers to the personas they've built on the platform.

Newly Launched Fashion Nova’s Men’s Line Gets Lambasted on Twitter: To Buy or Not to Buy?