The University is also planning to phase out single use plastics and installing more solar panels to power its buildings, all these initiatives were taken as part of a move to become carbon neutral by 2025. 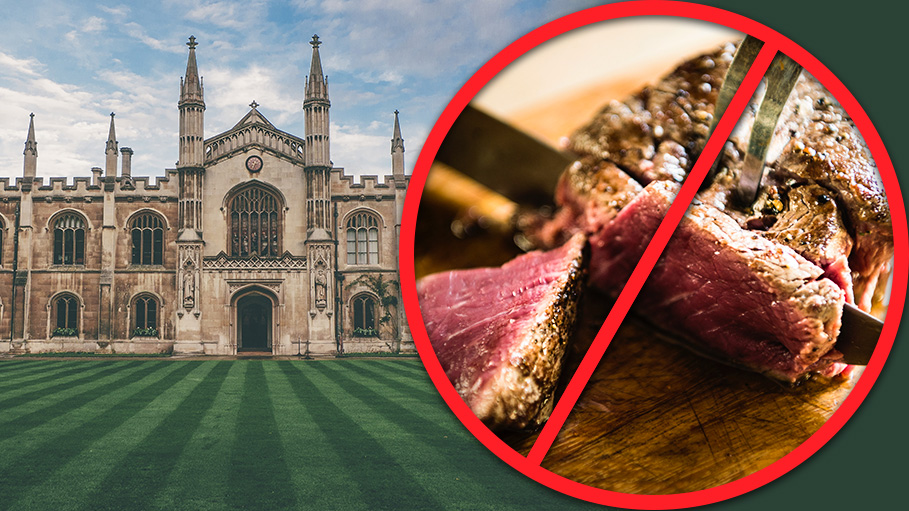 Goldsmiths, University of London has banned the sale and consumption of beef in its campus food outlets in order to help tackle the climate emergency. The University is also planning to phase out single use plastics and installing more solar panels to power its buildings, all these initiatives were taken as part of a move to become carbon neutral by 2025.

With the beginning of the next academic year, starting this September, Beef products will no longer be available in the cafes and shops in the University campus, also an additional 10p fine will be added to the sale of water bottle and disposable plastic cups to discourage their use.

Prof Frances Corner, the new warden at Goldsmiths, who took these initiatives also said that the college would also switch to a total clean energy supplier when its current contract ends and see how all its students could take their curriculum options related to the climate crisis.

20-year-old Isabelle Gosse, who is a Psychology undergraduate at the University said, she thought the move was “a really good start to being more environmentally friendly”.

She also added, “I think it is really a positive move. Banning the sale and eat of beef on campus, removal of out single use plastics and the other pledges that the new warden has made highlights the current climate emergency that the world is facing”.

Prof Corner said, “Though I have just arrived at the Goldsmiths, it is immediately obvious that our staff and students care passionately about the future of our environment and that they are determined to help deliver the step change we need to cut our carbon footprint drastically and as quickly as possible.”

While the President of Goldsmith’s union Joe Leam said, “Banning beef is a bold move. Phasing plastics out of campus and going fully renewable energy are brilliant too. The aim of being carbon neutral by 2025 is a great aim, let’s hope the management holds true to this. There is always more that can be done but I think it’s a great start and other institutions should learn from this move.”

Climate Campaigner for Greenpeace UK, Rosie Rogers said, “It’s encouraging to see an institution like Goldsmiths not simply declaring a climate emergency, but acting on it. From energy use, to food sales and plastic pollution all universities and organisations with campus sites can make changes across their facilities that are better for our planet”.

The pledge taken by the University comes as part of a growing movement among the number of UK universities who are trying to reduce their carbon footprint. University of Sheffield opened a zero waste shop last year, selling everything from unpackaged spices and herbs to laundry detergent. By doing so, the university has also reduced its carbon emissions by 31% since 2005.

In Cardiff University, staffs and students doesn’t use disposable plastic cups, while takeaway coffee cups in its cafes are recyclable and smoothie cups are compostable. Manchester Metropolitan University, where 60% of university vehicles are low emission, holds clothes and book swap, each term to encourage sustainable living.