Ukrainian forces damaged a Russian warship in the Black Sea with missile strikes Wednesday, the governor of Odessa said. 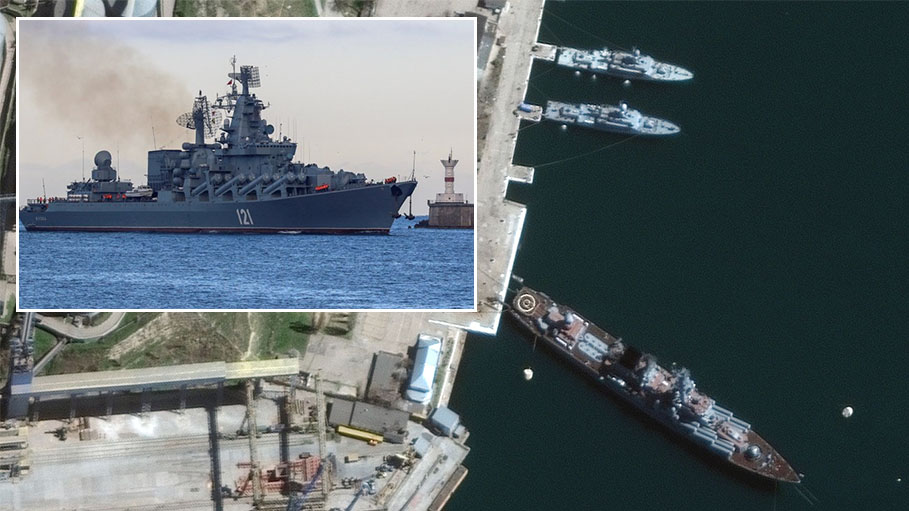 Ukrainian presidential advisor Oleksiy Arestovych said that "a surprise happened with the flagship of the Russian Black Sea Fleet", the Moskva.

"It burns strongly. Right now. And with this stormy sea it is unknown whether they will be able to receive help. There are 510 crew members," he said in a YouTube broadcast.

"We don't understand what happened."

There was no confirmation from the Russian military of any attack on the warship.

The Mosvka gained notoriety early in Moscow's war when Ukrainian border troops defending a strategic island reportedly told it to "Fuck off" after it called on them to surrender.

North Korea Dismisses US Claims of Arms Supplies to Russia