A Ukrainian commander in Mariupol appealed directly to Elon Musk on Wednesday, asking the world's richest man to intervene on behalf of those trapped by Russian forces in control of the southern city. 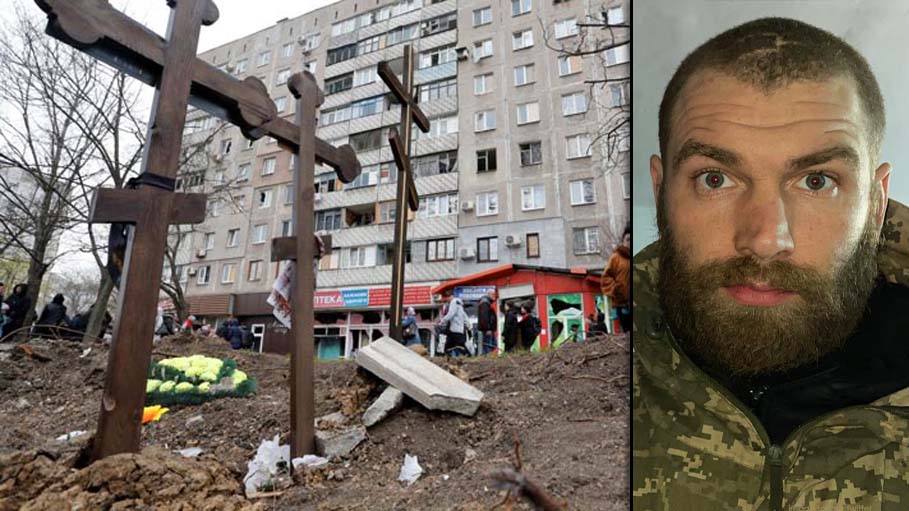 A Ukrainian commander in Mariupol appealed directly to Elon Musk on Wednesday, asking the world's richest man to intervene on behalf of those trapped by Russian forces in control of the southern city.

The three-month-old war has devastated the strategic port, where Ukrainians have sustained a pocket of resistance from within the Azovstal steelworks after weeks of bloody battle.

Serhiy Volyna, commander of the 36th Separate Marine Brigade, said he created a Twitter account for the sole purpose of reaching out to Musk.

"People say you come from another planet to teach people to believe in the impossible," Volyna tweeted at Musk.

"Our planets are next to each other, as I live where it is nearly impossible to survive. Help us get out of Azovstal to a mediating country. If not you, then who?"

He called on "every person on the planet Earth" to help ensure Musk saw his appeal.

Earlier this week, Kyiv said that more than 1,000 of its troops, many of them injured, remained in the sprawling Azovstal plant, sheltering in the labyrinth of Soviet-era bunkers and tunnels from the Russians who now control Mariupol.

Women, children and the elderly have been evacuated from the besieged site as part of a humanitarian mission coordinated by the United Nations and the Red Cross.

Twitter, which Musk is seeking to buy in a $44 billion deal, has seen an explosion of users due to the war in Ukraine, with people using the social media service to find news and support, according to the company.

Musk, who has more than 92 million followers, has previously used the platform to challenge Russian President Vladimir Putin to "single combat" over Ukraine.