President Zelensky visited command posts and frontline positions in Lysychansk, which sits across the Siverskyi Donets river from Severodonetsk. 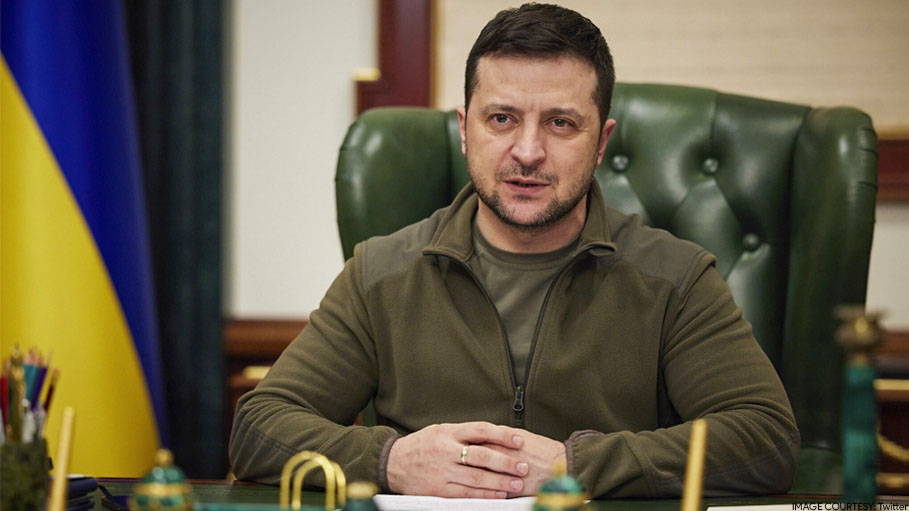 Kyiv: Ukrainian President Volodymyr Zelensky met troops on the frontlines in Donbas Sunday as heavy fighting raged in the eastern industrial region that Moscow has focused its forces on taking.

Zelensky visited command posts and frontline positions in Lysychansk, which sits across the Siverskyi Donets river from Severodonetsk, where Ukrainian troops were pushing back against Russian forces who had earlier appeared on the verge of taking the strategic city.

He also visited Bakhmut, to the southwest in the Donetsk region of Donbas, and talked with servicemen, the presidency said.

"I want to thank you for your great work, for your service, for protecting all of us, our state. I am grateful to everyone," he told them. "Take care of yourselves!"

On his working visit Zelensky "got himself acquainted with the operational situation on the frontline of defense," the presidency said.

"I am proud of everyone whom I met, whom I shook hands with, with whom I communicated, whom I supported," Zelensky said in his daily evening address after his visit.

The president said he also traveled to Zaporizhzhia in the southeast to meet with residents of Mariupol who had managed to leave the port city that was destroyed by months of Russian bombardment.

"Each family has its own story. Most were without men," he said.

"Someone's husband went to war, someone's is in captivity, someone's, unfortunately, died. A tragedy. No home, no loved one. But we must live for the children. True heroes –- they are among us."

Zelensky's trip to the battlefield gave him an important firsthand view of military operations and was a morale booster for his frontline troops, former Australian army general Mick Ryan said.

It also demonstrated that "he has total trust in his army" and served to heighten the contrast between his leadership style and that of his Russian opponent Vladimir Putin.

"An important characteristic demonstrated by Zelensky is his willingness to take personal risk to visit soldiers in the field, and get his own sense of how military operations are unfolding," Ryan tweeted Monday.

"This is an important way that Zelensky differentiates himself from his adversary.

"I am pretty sure that Putin will not be accepting invitations to visit the poorly fed and led -- but well-armed -- Russian troops in Ukraine at any point in the near future."

Zelensky previously visited frontlines at the end of May, while there is no indication Putin has been anywhere near the battlefield since he launched his invasion.

"You're My Hero": Hollywood's Ben Stiller to Zelensky in Kyiv