Ukraine Journalist Was "Executed in Cold Blood" by Russian Forces

Maks Levin's body was found with that of his friend, soldier Oleksiy Chernyshov, on April 1 in a forest on the edge of Moschchun, a village about 20 kilometers (12 miles) outside Kyiv. 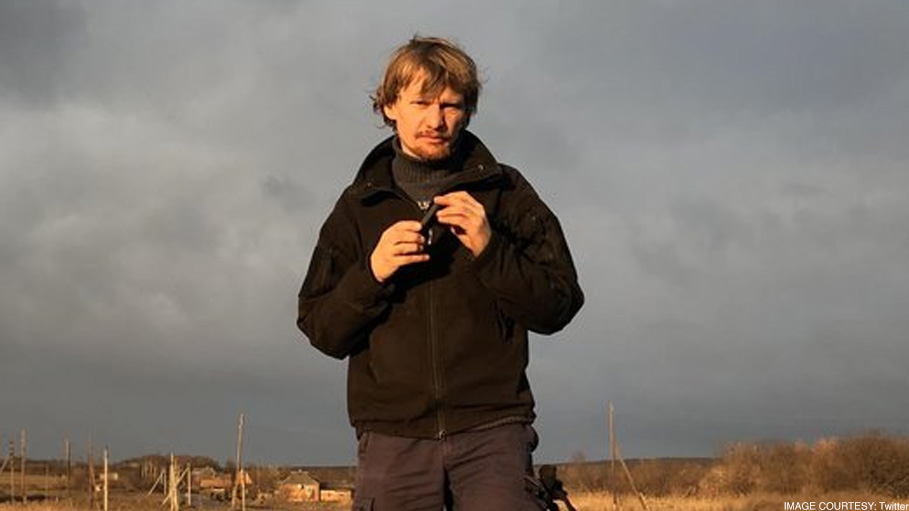 They reached their conclusions after sending a team to Ukraine to investigate Levin's death.

RSF told AFP it would file a complaint specifically related to Levin's killing with the International Criminal Court in The Hague -- its sixth such complaint related to the Russian invasion of Ukraine.

Levin's body was found with that of his friend, soldier Oleksiy Chernyshov, on April 1 in a forest on the edge of Moschchun, a village about 20 kilometres (12 miles) outside Kyiv.

They had been missing since March 13 after Levin embedded with Ukrainian soldiers in an area that was experiencing heavy fighting.

Paris-based RSF sent investigators from late May to June, among them photographer Patrick Chauvel, who had worked with Levin in the Donbas region in February.

"The evidence gathered by RSF indicates that the Ukrainian photo-journalist Maks Levin and the friend who was with him were executed in cold blood by Russian forces, probably after being interrogated and tortured, on the day they went missing," the report stated.

Investigators recovered bullets from the scene they say are commonly used by the Russian army.

Other items such as food packaging, cutlery, cigarette packets and instructions for the use of rockets, also suggested a Russian presence.

First, that Levin and his friend, whose body was burned, were shot after being spotted by Russian soldiers.

Second, that they were intercepted in their car and interrogated or even tortured separately -- perhaps burned alive in the case of Chernyshov -- before being shot.

RSF has handed the material evidence and photos from the scene to Ukrainian authorities.

Levin is one of eight journalists killed since the Russian invasion of Ukraine, according to RSF's tally.