A number of Ukrainian cities plan to rename streets and squares associated with Russia under a process of "derussification" following Moscow's invasion. 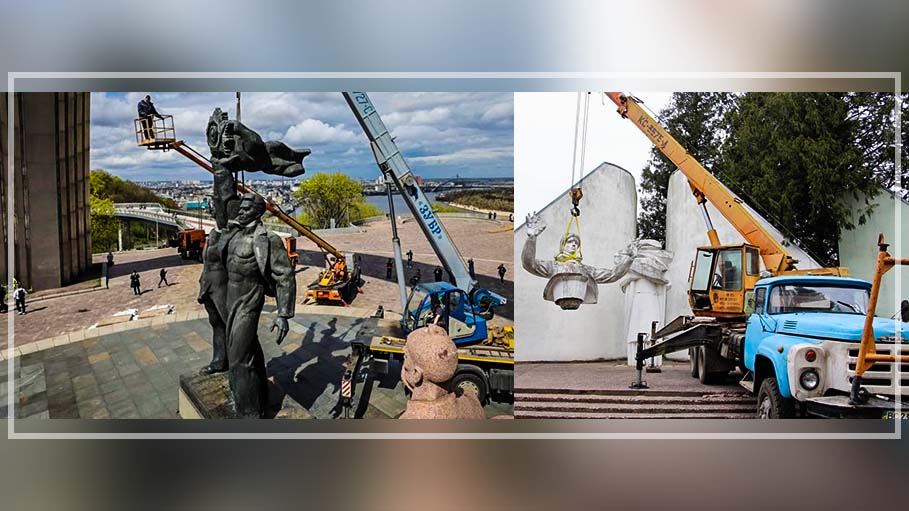 Kyiv: A number of Ukrainian cities plan to rename streets and squares associated with Russia under a process of "derussification" following Moscow's invasion.

A day after the dismantling of a huge Soviet-era monument in Kyiv that was meant to symbolise friendship between Russia and Ukraine, the city council said on Wednesday it had compiled a list of 467 locations that could be considered for renaming.

They included a central square named after 19th century writer Leo Tolstoy and a street named Russia's Lake Baikal. A road named after Minsk, the capital of close Russian ally Belarus, was also on the list.

Since Ukraine declared independence of the Soviet Union in 1991, the names of some cities have been changed to erase the legacy of hated Soviet officials. Some officials now want to remove the names of Russian authors, poets and mountain ranges.

Ihor Terekhov, mayor of the eastern Ukrainian city of Kharkiv, said on Wednesday that as soon as the war with Russia was over, he would table a bill to his city council to rename places with Russian-affiliated names.

"Even without these names, there will be too many scars that will remind us for a long time about what kind of neighbour is beyond our eastern and northern borders," he wrote on the Telegram messaging app.

Cities and towns in Ukraine's north have started the process of renaming streets after army units that defended them.

Under a proposal by the governor of the Chernihiv region, streets or squares in the regional capital would be renamed after the 1st Separate Tank Brigade.

Culture Minister Oleksandr Tkachenko cautioned last week against the blanket removal of anything affiliated with Russia.

Citing Ukrainian-born Russian novelist Nikolai Gogol as an example, he said some "figures...belong to the global store of (cultural) heritage."

Moscow calls its military action a "special operation" to disarm Ukraine and defeat fascists. Ukraine and the West say the fascist allegation is baseless and that the war is an unprovoked act of aggression.

Russia to Spend $600 Billion on Defence and Security by 2025