Ukrainian President Volodymyr Zelensky on Monday sought a global ban on Russian planes and ships using foreign airports or seaports as punishment for Moscow launching an attack on his country. 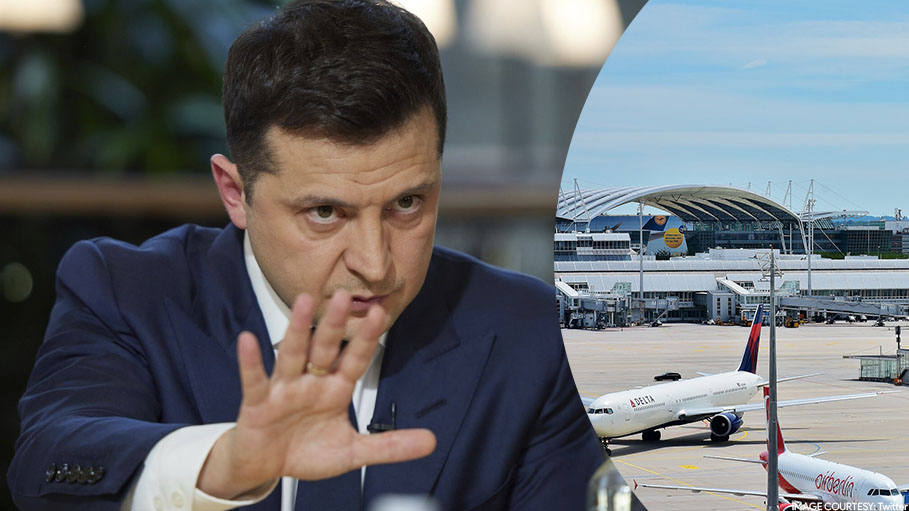 Kyiv: Ukrainian President Volodymyr Zelensky on Monday sought a global ban on Russian planes and ships using foreign airports or seaports as punishment for Moscow launching an attack on his country.

"We must close entry for this state in all ports, all canals and all the world's airports," he said on Facebook, as he urged the international community to "consider a total closure of the skies to Russian missiles, planes and helicopters".

Zelensky also accused Russia of "bombarding and firing" on Ukrainian territory Monday to put "pressure" on Kyiv during talks aimed at a ceasefire.

As for its pressure campaign against Ukraine's leaders, "don't waste your time," Zelensky told the Russians in a video message.

Shortly before Monday's talks broke up, agreeing merely to hold a second round of negotiations "soon", Russian leader Vladimir Putin laid out his prerequisites for ending the war in a phone call with French President Emmanuel Macron.

Putin said a settlement is possible "only if Russia's legitimate security interests are unconditionally taken into account, including the recognition of Russian sovereignty over Crimea, the demilitarisation and denazification of the Ukrainian state and ensuring its neutral status," the Kremlin said.

Fighting continued to rage during the dialogue, with at least 11 people killed by Russian attacks in Ukraine's second largest city of Kharkiv, near the Russian border.

More than 350 civilians, including 14 children, have been killed during the invasion, according to Ukraine, while more than a half a million people have fled the country.

(Except for the headline, this story has not been edited by Scrabbl staff and is published from a press release)