Beijing has been accused of carrying out forced sterilisation of women and drafting minorities into forced labour in Xinjiang. 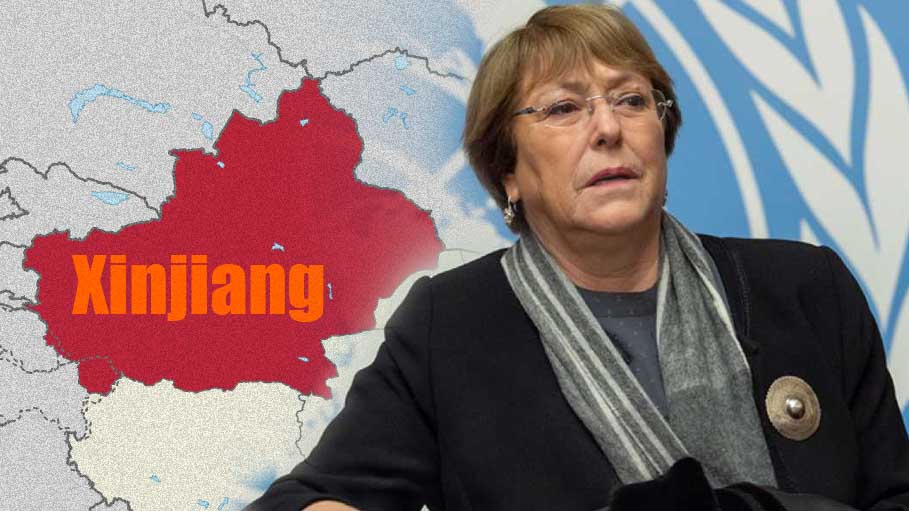 Geneva: The UN human rights chief said Thursday that it remained unclear whether a long-delayed report on China's Xinjiang region will be published before she steps down next week.

"I had fully intended for it to be released before the end of my mandate, and we ... have received substantial input from the government that we will need to carefully review," Michelle Bachelet told reporters.

Bachelet said nearly a year ago that her office was finalising a report on the rights situation in the Xinjiang region, where Beijing stands accused of detaining more than one million Uyghurs and other Muslim minorities -- charges it vehemently denies.

But the report has been repeatedly delayed, to the growing outrage of rights groups.

Bachelet had vowed the report will be released before she steps down, but with just days to go until the end of her term, that now appears uncertain.

"We're trying very hard to do what I promised," she said Thrusday, acknowledging that she has been under "tremendous pressure to publish or not to publish."

"But I will not publish or withhold publication due to any such pressure," she insisted.

Beijing has also been accused of carrying out forced sterilisation of women and drafting minorities into forced labour.

The United States and lawmakers in other western countries have gone as far as accusing China of committing "genocide" against the minority groups, allegations that Beijing vehemently denies.

China has long claimed it was running vocational training centres in Xinjiang designed to counter extremism.

SEE ALSO:
How UN is Using Uber to Deliver Aid in Ukraine