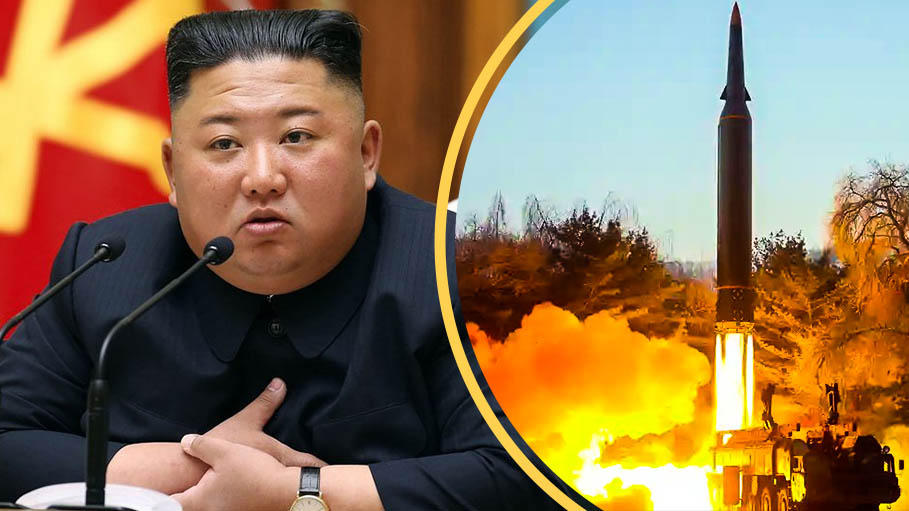 The targeted persons and organizations are accused of "transferring sensitive items to North Korea's missile program," according to a State Department statement.

"These measures are part of our ongoing efforts to impede the DPRK's ability to advance its missile program and they highlight the negative role Russia plays on the world stage as a proliferator to programs of concern," the statement said, using the official acronym for North Korea.

The new sanctions were quickly derided by Moscow's ambassador in Washington Anatoly Antonov, who said: "serial sanctions will not achieve their goals."

Thursday's launch was the first time Pyongyang had fired the country's most powerful missiles at full range since 2017, and it appears to have travelled higher and further than any previous intercontinental ballistic missile tested by the nuclear-armed nation.

Kim Jong Un personally oversaw the test-firing of a "new type" of ICBM to boost his country's nuclear deterrent against the US "imperialists," North Korea's state media reported early Friday.

The statement did not detail the specific allegations against these people and entities.

The two top diplomats reiterated that the launch violated multiple UN Security Council resolutions, and "demonstrates the threat the DPRK's unlawful weapons of mass destruction and ballistic missile programs pose to the DPRK's neighbors and the broader international community," State Department spokesman Ned Price said in a readout of the call.

For its part, the Russian embassy accused the United States of seeking to punish officials in Moscow because they hold a view that "does not correspond to the views of Washington."

"It is obvious that the next 'package' of anti-Russian sanctions is aimed at destroying the economy and undermining the domestic political situation in our country," Antonov posted on the embassy's Facebook page.

Last week, the US Treasury announced sanctions against two Russian individuals and three entities over their support for North Korea's weapons program.