The United States has ordered the families of its diplomats in the Ukrainian capital Kyiv to leave the country "due to the continued threat" of a Russian invasion, the State Department said Sunday. 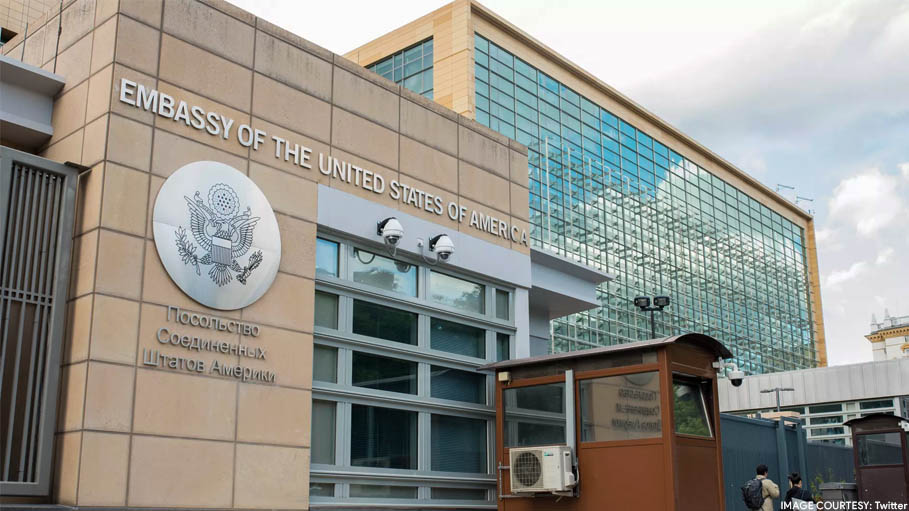 Washington: The United States has ordered the families of its diplomats in the Ukrainian capital Kyiv to leave the country "due to the continued threat" of a Russian invasion, the State Department said Sunday.

Washington has also authorized the "voluntary" departure of its non-essential embassy staff and urged US citizens in the Eastern European country to "consider departing now," saying it will not be in a position to evacuate them after any possible incursion by Moscow.

Russia has been massing tens of thousands of troops on its border with Ukraine, along with an arsenal of tanks, fighting vehicles, artillery and missiles.

The movements have ignited stern warnings from Washington and Europe -- but so far intense diplomacy has yielded little results.

The US embassy remains open and Charge d'Affaires Kristina Kvien is staying in the country for now, a senior State Department official told reporters.

The official repeated earlier warnings from the White House that an invasion could come at "any time."

Washington "will not be in a position to evacuate US citizens in such a contingency," the official said, urging Americans to consider leaving via commercial or private transport as soon as possible.

The official refused to specify the number of Americans on Ukrainian soil, but State Department representatives last month put the figure at between 10,000 and 15,000.

The State Department already advises against all travel to Ukraine because of the possibility of a Russian invasion.

On Sunday, it also advised against travel to Russia, particularly to areas on its border with Ukraine, warning that Americans could face "harassment" and that Washington would have "limited ability" to assist them.

US citizens "who are visiting or residing in Russia have been interrogated without cause, and threatened by Russian officials and may become victims of harassment, mistreatment, and extortion," the advisory said.

The Kremlin denies any intentions to invade its neighbor -- but is making de-escalation conditional on treaties guaranteeing non-expansion of NATO, especially to Ukraine, and a withdrawal of the alliance from Eastern Europe.

Earlier Sunday, US Secretary of State Antony Blinken dismissed the idea of slapping punitive sanctions on Moscow before any potential invasion, saying they should be used as a means of "dissuading" an attack.

"Once sanctions are triggered, you lose the deterrent effect," Blinken told CBS.

"So what we're doing is putting together a whole series of actions that would figure into President (Vladimir) Putin's calculus."

That includes beefing up defenses in Ukraine with more military assistance, Blinken said.