Amid the heightened tension between India and Pakistan, the US has asked both the countries to stop all the cross-border military activity and hold direct talks in order to de-escalate the hostile situation. 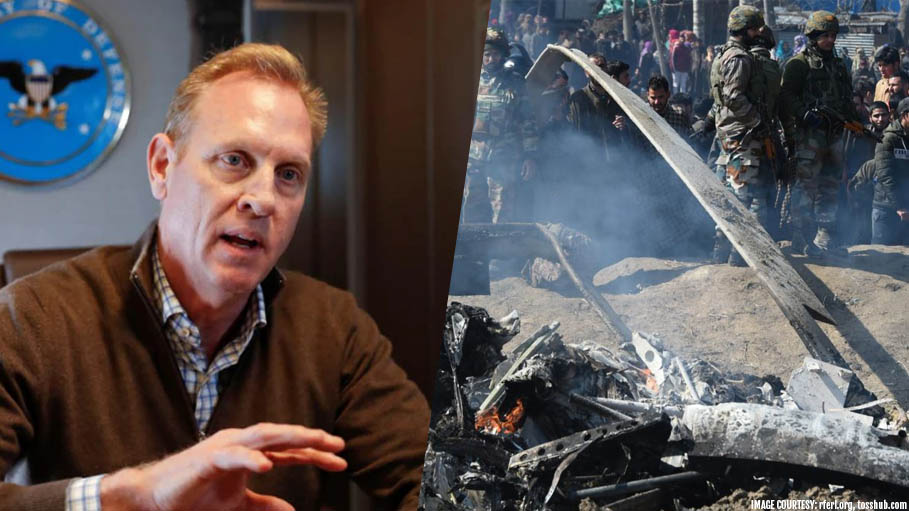 The United States is observing the developments in the Indo-Pak border and has asked Pakistan to abide by its commitments to the UN Security Council to deny terrorists safe haven in its territory after India handed over a dossier on specific details of the involvement of the Jaish-e-Muhammad (JeM) in the Pulwama terror attack.

Amid the heightened tension between India and Pakistan, the US has asked both the countries to stop all the cross-border military activity and hold direct talks in order to de-escalate the hostile situation.

State Department spokesperson said, “Cross-border terrorism, such as the recent attack on India's CRPF on February 14, poses a grave threat to the security of the region. We reiterate our call for Pakistan to abide by its United Nations Security Council commitments to deny terrorists safe haven and block their access to funds”.

The Ministry of External Affairs recently handed over the dossier, which includes the specific details of the involvement of the Jaish-e-Muhammad in the Pulwama attack on February 14 to Pakistan’s High Commissioner in India. In the attack, 40 Indian soldiers were martyred. India also reminded Pakistan to take immediate and justified action against terrorism that is originating from the territories under its control.

A day after India’s air strike across the Line of Control that destroyed major terror training camps, the Donald Trump administration has issued a number of statements, it also asked Islamabad to take meaningful action against terrorist groups active inside the country.

US Secretary of State Mike Pompeo spoke to both Foreign Minister Sushma Swaraj and her Pakistan counterpart Shah Mahmood Qureshi to appeal them to hold direct talks and avoid further military activity.

Foreign Minister Sushma Swaraj has defended the air strikes by Indian Air force, saying that the objective of the air strikes was to act against the terrorist infrastructure of JeM to stop another terror attack in India. Sushma Swaraj said, “India doesn’t wish to see further escalation of situation. It’ll continue to act with responsibility and restraint”.

Indian fighter jets crossed the Line of Control before dawn on 26th February and carried out non-military, pre-emptive air strikes within Pakistan to target training camps of the terror group Jaish-e-Mohammed in Balakot. The air strikes killed a large number of terrorists, trainers and senior commanders of Jaish. According to sources, more than 300 terrorists including Jaish chief Masood Azhar’s brother-in-law was killed in the attack.

The airstrike by India was in retaliation to Jaish-e-Mohammed’s attack in Pulwama, which is one of the deadliest attacks on security forces in Kashmir.

Russian Spy in US Embassy?