Worldwide Alert for US Citizens after Al Qaeda Chief's Killing

The US State Department has issued a worldwide alert after the death of Al Qaeda chief Ayman al-Zawahiri. 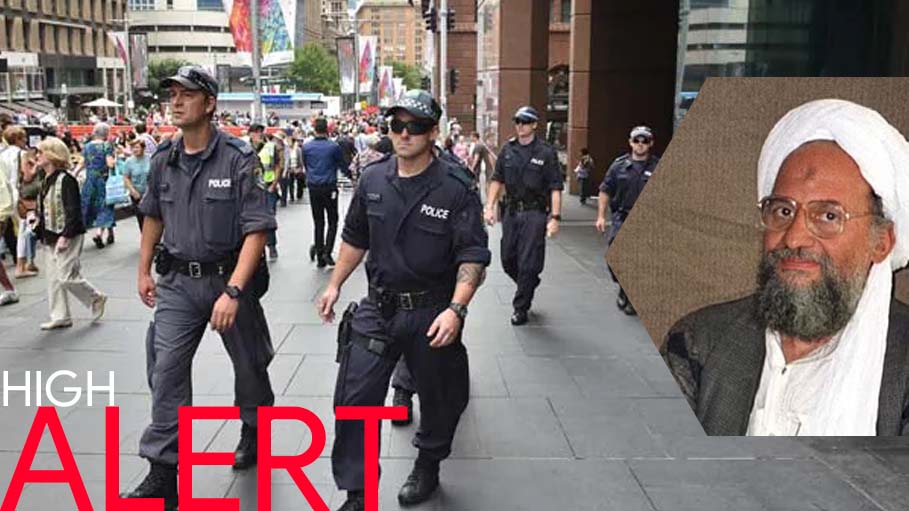 New York: The US State Department has issued a worldwide alert after the death of Al Qaeda chief Ayman al-Zawahiri.

On Tuesday, President Joe Biden announced that most wanted terrorist Ayman al-Zawahiri was killed in a drone strike in Kabul and added that "Justice has been delivered."

"On July 31, 2022, the United States conducted a precision counterterrorism strike in Afghanistan that killed Ayman al-Zawahiri, Osama bin Laden's deputy and successor as leader of al-Qa'ida.

Al- Zawahiri was one of the masterminds of the attacks against the United States on September 11, 2001, and had continued to urge his followers to attack the United States," the US State Department alert on Tuesday (local time) said.

"Following al-Zawahiri's death, supporters of al- Qa'ida, or its affiliated terrorist organizations, may seek to attack US facilities, personnel, or citizens. As terrorist attacks often occur without warning, US citizens are strongly encouraged to maintain a high level of vigilance and practice good situational awareness when travelling abroad," it further said.

Zawahiri was one of the world's most wanted terrorists and a mastermind of the September 11, 2001 attacks was killed in a drone strike carried out by the US in the Afghan capital Kabul on Saturday.

Zawahiri, an Egyptian surgeon, was deeply involved in the planning of 9/11 and he also acted as Osama Bin Ladens personal physician.

The strike was conducted by the Central Intelligence Agency (CIA) and was carried out by an Air Force drone. An official claimed that al-Zawahiri was the only person killed in the strike and that none of his family members was injured.

Meanwhile, the Taliban confirmed the killing of Zawahiri and condemned the drone strike carried out by the United States in Kabul over the weekend.

In a statement, Taliban spokesman Zabihullah Mujahid said that a strike took place on a residence in the capital and called it a violation of "international principles."

A loud explosion echoed through Kabul early Sunday morning, according to Tolo News.

"A house was hit by a rocket in Sherpoor. There were no casualties as the house was empty," Abdul Nafi Takor a spokesman of the Interior Ministry had claimed earlier.

US secretary of state Antony Blinken said that the Taliban had grossly violated the Doha Agreement by hosting and sheltering the Al Qaeda chief.

"By hosting and sheltering the leader of al Qa'ida in Kabul, the Taliban grossly violated the Doha Agreement and repeated assurances to the world that they would not allow Afghan territory to be used by terrorists to threaten the security of other countries," Blinken said in a statement.

The US and the Taliban signed a peace agreement in February 2020 under the Presidency of former US President Donald Trump. The deal stated the withdrawal of the US troops from Afghan soil and the Taliban would abate violence and guarantee that its soil will not be a safe haven for terrorists.

In the statement, Blinken said the Taliban also betrayed the Afghan people and their own stated desire for recognition from the international community and normalisation of ties.

Zawahiri's targeted killing comes a year after the US military withdrawal from Afghanistan and the Taliban's takeover of the country. Federal Bureau of Investigation (FBI) added a "deceased" caption under the profile image of Al Qaeda chief Ayman al-Zawahiri on its website.