US Consulate in Kolkata to Promote Gender Equality & Women Entrepreneurship 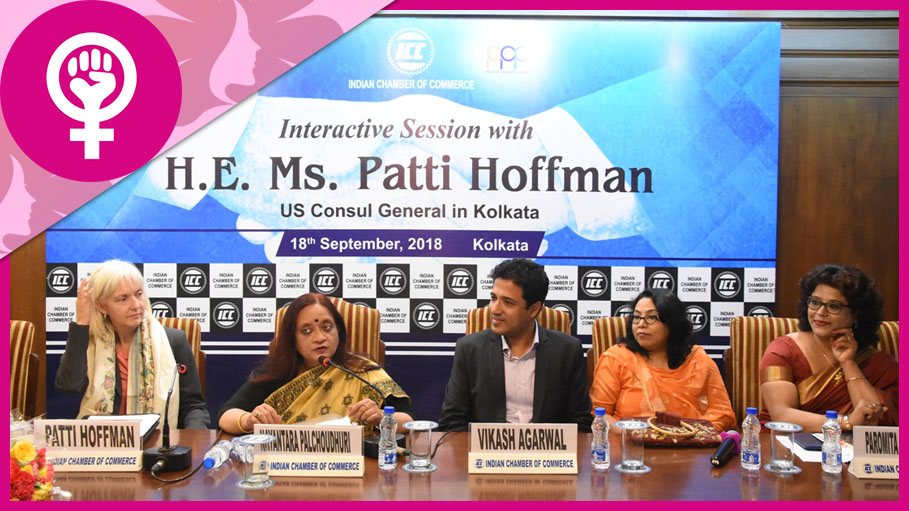 Patti Hoffman, US Consul General in Kolkata, on Tuesday said that women are gradually assuming positions in areas that were mainly dominated by men earlier. However, she felt that women used to hold only a quarter of the upper-level state government positions in the US. Even for colleges and other organizations, the senior and leadership positions were held mainly by men. Nevertheless, she felt that the situation is changing. In the US, women today are dominating the teaching industry. For every two men, who receive bachelor's’ degree, there are three women achieving the same. In the upcoming fifteen years, job categories that are primarily dominated by women are projected to grow. Women are also assuming higher management roles.

However, women face a number of challenges with regard to gender discrimination, stereotyping, family and cultural pressures and lack of different opportunities in specific professions that need to be addressed. In the US, professions that had started off as male-dominated are now female dominated; teaching and secretarial positions are big examples. In terms of Kolkata, she cited the example of Kumartuli artisans, many of which are females and she has personally met them and is much inspired by their stories. She felt that in many professions such as in nursing, there is a reversal in the scenario and men are now assuming positions in this female-dominated occupation. In terms of work-life balance, she stated that work-life policies and gender equality policies should be practiced for an equal share of responsibility by family members irrespective of their gender. The US consulate has also partnered with the Indian government and other organizations to promote gender equality, and also stop women trafficking and promote women entrepreneurship. In her role, she looked forward to focus on intentions to nurture the environment for creating next-gen women leaders.

Vikash Agarwal, Vice President ICC & President, Rupa & Company Ltd said that women empowerment in the corporate world has a direct impact on the economic growth and development of any country.  Today, the participation of women in corporate India stands at around 30 percent, which indicates that despite signs of improvement, the reservoir of women leadership has remained untapped. However, he felt that corporate India is on its way to create a number of women leaders by diversifying their thinking and imparting skill development for all women executives across the organization. Nevertheless, most of the times, women are burdened by domestic responsibilities and maintaining the work-life balance that limits them to assume higher management and leadership roles. Thus the need of the hour is more women participation in managerial and leadership roles at par with men to take the Indian economy to a higher growth rate in the long run.

Nayantara Palchoudhuri, Chairperson, ICC Expert Committee on Women Empowerment said that the scenario of women’s empowerment and development in the country has been gradually evolving over the last few years. These changes are bringing fresh opportunities for an enterprising Indian woman while at the same time presenting new challenges which along with persisting socio-economic problems continue to hinder the holistic empowerment of women. However, women empowerment is not something where a woman can merely play a simple role in a corporate but it involves in it a higher agenda where women can be a part of the higher level of the decision-making process. She also said that although the percentage of women directors appointed in Indian companies is increasing, it has a long way to go. She mentioned of the government initiatives toward women empowerment and how the ICC Expert Committee for Women Development & Empowerment has been facilitating in creating the right government-industry connect in this regard.

The interactive session had a number of eminent women entrepreneurs spanning across various sectors, who, in course of their interaction with the US Consul General shared their stories, deliberated the challenges that women face and suggested possible way outs.