It is not the first time that there is an opportunity to make guns at home. But getting it this easy with 3D printing is something very new that Americans will experience. 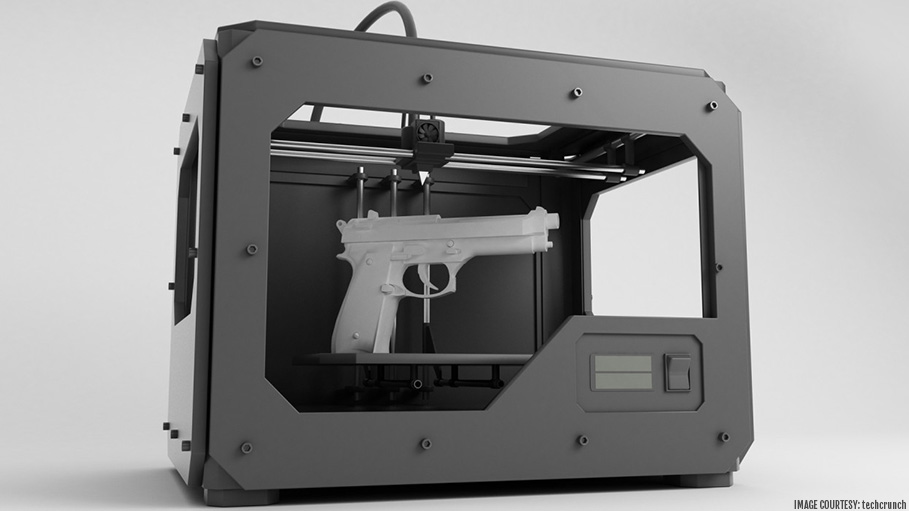 Yes, now you can simply download it and that’s legal. There has been a settlement between the State Department and Cody Wilson on accordance of which Americans can now download the blueprint of the 3D guns and start making them with the 3D printer. Sounds like a child’s play, isn’t it? But the news after its splurge has led to various forms of outburst relating to the 3D printable guns.

A quick introduction to 3D printing

With 3D printing, manufacturing has got to a new level. Reducing the labor cost, saving time and money, these machines are the future of innovation. The construction industry is making a great use of this system. The same technology is now used for making weapons where the raw materials and the blueprint plan is to be installed and just as you download the end product will be yours.

A dreadful DIY for the generations to come

People are terrified and the fears are somewhat real as per experts. The idea that ghost guns can now be made at home is definitely not an easy thing to take in. As per reports, a large section of people is surprised at such a “development” as it clearly means that the end of gun control is not too far in the US. Such weapons made at home has got a nickname and that’s “ghost guns”. Since there are no traces of its manufacturing, it’s needless to say such weapons are completely untraceable as they are open for use without any form of serial number. The single-shot gun proposed by Wilson in the blueprint is basically made out of a kind of plastic. Thus, experts also believe disassembling this gun after use will also become very easy.

Some experts are saying that these posts online are spreading terror among all. Defense Distributed is posting things like "The age of the downloadable gun begins," and there was a photograph on the Twitter page that showed an image of a grave with an engraving that says, "American gun control."

The law does not prevent making guns as long as it is not sold. Defense Distributed is working on removing the gun control since long as they are already in the industry to sell parts that can be assembled to create guns.

While the case was under the trial, Alan Gottilieb associated with Second Amendment Foundation who are supporting Wilson on this case, mentioned how the case has been handled by career civil servants rather than Trump appointees. He also mentioned that the case was filed during the time of Obama but most of the proceedings took place under the Trump government. He said in a news report, “The government fought us all the way and then all of the sudden folded their tent…”

The Fight for Liberator

Wilson filed a lawsuit where he demanded his free right to speech, mentioning the posting of the 3D gun code online. The government accused him to take down the programming code as those were against the US Export laws. But before the ban, there are reports of the code being downloaded more than 100,000 times. The legal battle has been going on since the last year and only in the last month the agency got an approval of his agency Defense Distributed and it will be available from 1st August 2018. The agreement was finalized with this charity group after they decided to pay a legal fee of $40,000.

Wilson had the plans of the 3D gun since long and finally, in 2013, he came forward and posted the plan for the public. The Federal government raised a question against this posting, stating that posting such a code online was against the regulations that prevented the export of defense-related data, services or materials. As per reports, Wilson was accused of going against the International Traffic in Arms Regulations. The Second Amendment Foundation who along with Wilson filed the lawsuit against the ban said in a statement that they are supporting Wilson as they are against the lobby that is working against gun prohibition.

The choices between AR-15, Liberator, VZ-58, and Czechoslovakian assault rifle

Avery Gardiner said that as the weapon is available with just a few clicks, the nation is bound to be terrified. The Senator, Chuck Schumer mentions the severity of the dangers when the codes will fall under irresponsible hands. The previous crime records of the nation mention the use of AR15 for various crimes. This same weapon will now be available through 3D printing. This type of gun is usually used in mass shooting. In the US these guns have been used in school firing incidents for the mechanism, and has the ability to shoot many bullets at one go. Weapon experts claim that though the printed weapons will have a lot of operational drawbacks and not be a weapon masterpiece, it would be enough to spread terror and mass killing. Experts say that the most dangerous part is the fact that these weapons are not traceable. No background check, no permit and it would be nearly impossible to gauge the intentions of the shooter.

The main raw materials needed to make these gun are 3D printing machine and the plastic. As per the records of some reports released by the authorities, the machine is quite costly. But speculations of the low-cost machine are also in the air and will be confirmed soon as per reports. The plastic used for the 3D guns are available in two variants. One getting destroyed after one use, while the other remains intact.

Cody Wilson, when asked about how he is planning to tackle the situation he said that he is planning to give bills where the people getting the prints will be recorded. But there are no confirmations about this process of tracking and questions are being made about the effectiveness of this proposed tracking system.