US Police Arrests ‘The Golden State Killer’, an Ex-Cop, after More than 40 Years

In a shocking case, a serial killer popularly known as ‘The Golden State Killer’ who committed 12 homicides, 45 rapes and dozens of burglaries across California has been arrested after decades. Here’s more. 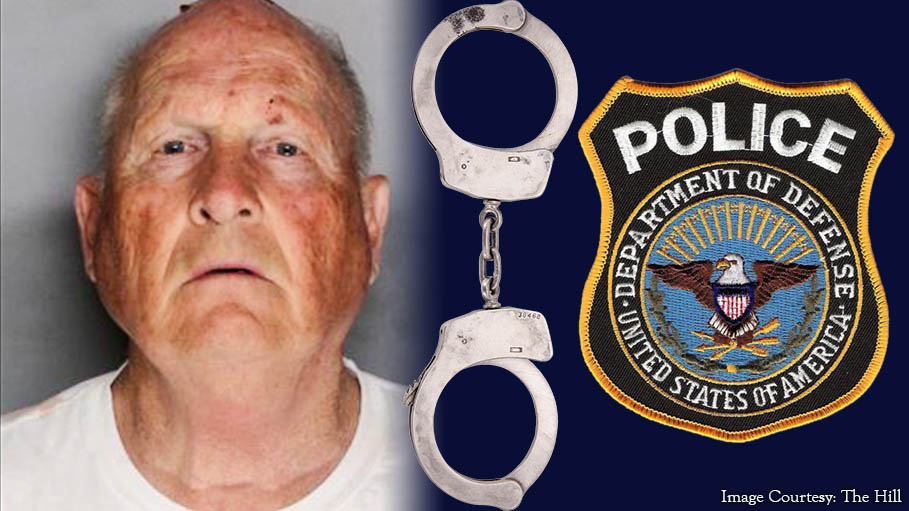 In a shocking case, a serial killer popularly known as ‘The Golden State Killer’ who committed 12 homicides, 45 rapes and dozens of burglaries across California has been arrested after decades. Here’s more.

Joseph James DeAngelo, 72, was arrested on Tuesday who is suspected of committing murders, rapes, and burglaries in California in the 1970s and the 1980s. Surprisingly, the perpetrator was an ex-cop. His crimes had sown seeds of fear across the California state. The heinous killer was also known as the ‘East Area Rapist’ and ‘The Original Night Stalker.’ DNA analysts at the crime lab did a thorough investigation which ultimately resulted in the arrest of DeAngelo.

Sacramento County District Attorney Anne Marie Schubert said “We knew we were looking for a needle in a haystack, but we also knew that needle was there.  We found the needle in the haystack, and it was right here in Sacramento.”

DeAngelo was working as a Police Officer and was employed by two different departments. He was in Exeter, California from 1973 to 1976 and in Auburn from 1976 to 1979. He was fired because he was caught stealing a can of dog repellent and a hammer from a drug store. The Auburn police department said that it will support the investigation in every possible way.

Initially, DeAngelo raped women who were alone with their children at home. Later he targeted couples at home and raped women in presence of their husbands. It’s believed that in February 1978, a couple Katie and Brian Maggiore were walking their dog when they saw DeAngelo break into a home in Rancho Cordova, California. He chased them down and killed them. This was the first known homicide committed by him. His crimes were described to be “very cold, very violent” and he would never leave any fingerprints. He knew the victim’s schedule thoroughly. The ‘Golden State Killer’ also performed weird rituals on his victims. He would place a cup and a saucer on their bodies and would threaten them with murder if it fell. Through DNA evidence, it was discovered that the’ East Area Rapist’ and ‘The Original Night Stalker’ were one and the same person.

Kevin Tapia, DeAngelo’s neighbor for twenty years said that he often heard him screaming at home. He often screamed at neighbors for minor reasons like mowing the lawn too early in the morning. Tapia told HLN “He's not like an overly creepy person, but he definitely, you know, kept to himself and kind of was ... a little different, It was definitely some concern." He was described to be quiet but a little out of control by another neighbor.

This year a book and a series from HLN was released that gave more information on the murderer. The FBI kept a reward of $50,000 for any information on the ‘Golden State Killer.’ Today DeAngelo faces capital murder charges for killing Katie and Brian Maggiore in 1978. He’s also accused of murder by authorities in Orange and Ventura counties.

DeAngelo’s ghastly story tells us that you can never escape the clutches of law even after years of committing the heinous crimes. The US investigation team have to be applauded for finally finding the needle in the haystack.

SEE ALSO:
US National Who Killed an Indian Student Turns Himself in at Police Station

As US Visa Policies Tighten, Canada is Giving Permanent Residency to More Indians