In an early morning tweet US President Donald Trump stunned everyone, his cabinet and staff when he warned Russia by his tweet declaring nice, new and smart missiles would soon be fired in Syria. 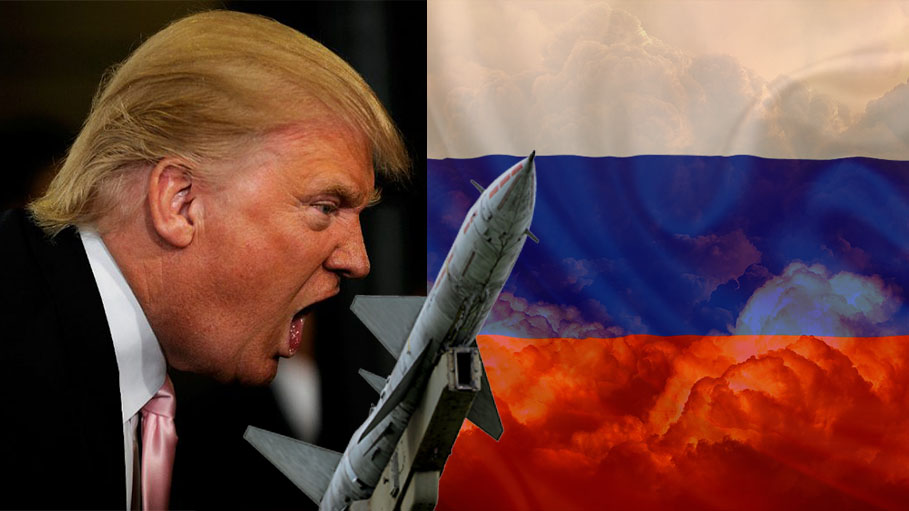 In an early morning tweet US President Donald Trump stunned everyone, his cabinet and staff when he warned Russia by his tweet declaring nice, new and smart missiles would soon be fired in Syria. Though officials are of the view that this comments are personal and are not declared after consultation with his allies and officials.

In his Tweet, President Donald Trump wrote, “Russia vows to shoot down any and all missiles fired at Syria. Get ready Russia, because they will be coming, you shouldn't be partners with a Gas Killing Animal who kills his people and enjoys it!”

Though in his tweet President Donald Trump did not specified when the missile attack would commence, but his tweet clearly indicates that he plans a fierce action soon in Syria against the chemical attack in Syria last week, which killed more than 40 people.

Such tweeting stunts are not new as far as US President Donald Trump is concerned, he loves to be in limelight for his controversial comments time to time on twitter, which are often based on his mood and television news.

According to White House, the final decision on how to respond to the chemical attack in Syria is not yet decided, when the President tweeted. White House Press Secretary Sarah Sanders said, “We're maintaining that we have a number of options and all those options are still on the table. Final decisions haven't been made yet. The President has a number of options at his disposal and all of those options remain on the table.”

The US government is no doubt working on a retaliation in Syria in the day that followed President Donald Trump met James Mattis, Defense Secretary and Chairman of the Joint Chief of Staffs Joseph Dunford at White House followed by a two hour long meeting. He also was in consultations with US allies mainly the British Prime Minister Theresa May and French President Emmanuel Macron, on how to give a coordinated response to the attack.

According to some sources US President Donald Trump is planning to develop option in association with his foreign counterparts and aides, so that he can order strikes like he did in Syria last year attacking Syria’s prominent airfields.

This year though President Donald Trump wants to take severe action against Bashar Al Assad, the Syrian President, who with the support of Russia and Turkey are fighting rebels in his own country, making Syria a battleground for all powerful countries of the world.

Meanwhile World Health Organisation has released a report on the chemical attack on Syria's rebel-held town of Douma last week, according to the report about 500 people have been affected by the attack. In the statement, WHO, also said that 500 patients at different medical facilities have shown symptoms of the presence of toxic chemicals. These symptoms include disruption in taking breath and respiratory failure, severe irritation of in the body and the affect in central nervous system.