Declaring "America is back," US President-elect Joe Biden has introduced his key national security and foreign policy officials and said the incoming administration is ready to lead the world and once again sit at the head of the table. 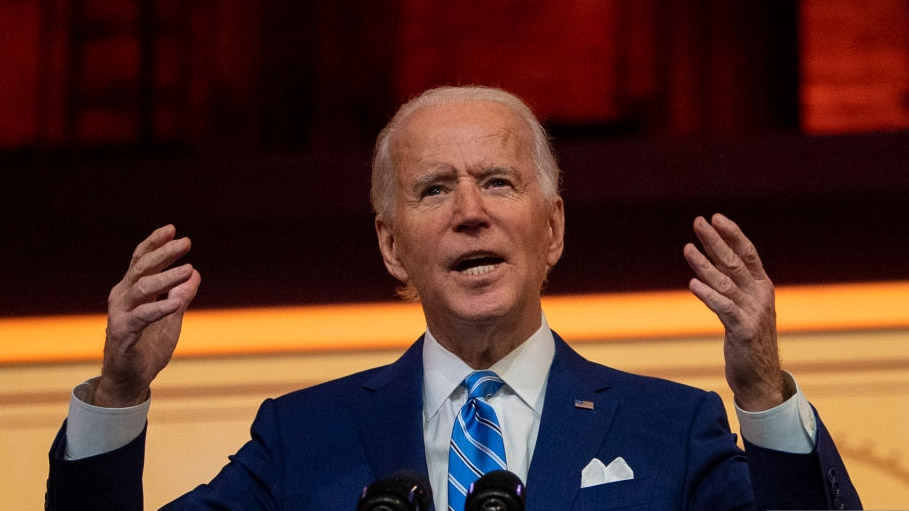 Washington: Declaring "America is back," US President-elect Joe Biden has introduced his key national security and foreign policy officials and said the incoming administration is ready to lead the world and once again sit at the head of the table.

Signaling a sharp shift from outgoing Republican President Donald Trump's "America First" policy over the last four years, Mr Biden said America is "ready to confront our adversaries, not reject our allies. And ready to stand up for our values."

Speaking from his transition center in his hometown of Wilmington, Delaware, Mr Biden, a Democrat, introduced his six top officials and highlighted the need to rebuild alliances, as well as tackling the coronavirus pandemic and climate change.

World leaders, he said, were "looking forward to the United States reasserting its historic role as a global leader over the Pacific, as well as the Atlantic, all across the world."

Mr Biden's nominees and appointees, including Antony Blinken for secretary of state and former secretary of state John Kerry to a new position as special presidential envoy for climate, spoke for the first time since being announced on Monday by the transition team, and many of them offered implicit rebukes of President Trump and his isolationist and "America First" worldview.

"The team meets this moment, this team behind me," Mr Biden said.

"They embody my core belief that America is strongest when it works with its allies," he said. "That's how we truly keep America safe without engaging in needless military conflicts, and our adversaries in check and terrorists at bay," he said.

"And it's a team that reflects the fact that America is back, ready to lead the world, not retreat from it. Once again, sit at the head of the table," the 78-year-old, who is scheduled to be inaugurated on January 20 as the 46th US President despite incumbent Mr Trump not conceding, said.

Mr Biden said, "America leads not only by the example of our power, but by the power of our example."

He said the officials he has picked "will not only repair, they will reimagine American foreign policy and national security for the next generation. And they will tell me what I need to know, not what I want to know."

Apart from Mr Blinken and Mr Kerry, Mr Biden also introduced his nominee Alejandro Mayorkas as Secretary of Homeland Security, Avril Haines as Director of National Intelligence, Linda Thomas-Greenfield as the US ambassador to the United Nations and Jake Sullivan as the national security adviser.

In his remarks, Mr Biden also referred the formal letter of ascertainment by the head of the General Services Administration released on Monday, enabling his transition team to access funds and critical information related to public health and national security.

"I'm pleased to have received the ascertainment from GSA to carry out a smooth and peaceful transition of power, so our teams can prepare to meet the challenges at hand, to control the pandemic, to build back better and to protect the safety and security of the American people," he said.

Vice President-elect Kamala Harris, who will also be a member of Mr Biden's Cabinet, also spoke at the event.

"Our challenge here is a necessary foundation for restoring and advancing our leadership around the world and we are ready for that work. We will need to reassemble and renew America's alliances, rebuild and strengthen the national security and foreign policy institutions that keep us safe and advance our nation's interests, and confront and combat the existential threat of climate change that endangers us all," Ms Harris said.

Meanwhile, President Trump has still not admitted defeat, tweeting that: "Our case STRONGLY continues" in reference to his campaign's attempts to overturn the election results, falsely claiming widespread voter fraud.