US Sends Remaining Envoys in Ukraine to Poland

The United States said Monday it is sending all of its diplomats in Ukraine to Poland out of security fears, hours after President Vladimir Putin ordered Russian troops into two rebel-backed regions in the country. 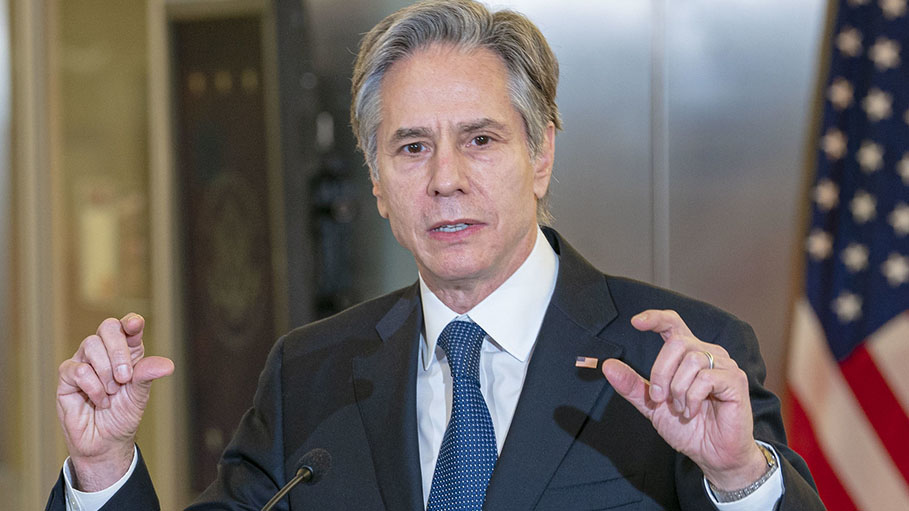 Washington: The United States said Monday it is sending all of its diplomats in Ukraine to Poland out of security fears, hours after President Vladimir Putin ordered Russian troops into two rebel-backed regions in the country.

Earlier, the Kremlin leader recognized the independence of two rebel-held areas of the Donetsk and Lugansk areas of Ukraine. He then instructed his defense ministry to assume a "peacekeeping" role in the separatist regions.

"We strongly reiterate our recommendation to US citizens to depart Ukraine immediately. The security situation in Ukraine continues to be unpredictable throughout the country and may deteriorate with little notice," he added.

The move comes just over a week after the US relocated its embassy in Kyiv to Lviv, citing the "dramatic acceleration" in the build-up of Russia's forces on the border.

Staffing at the US embassy in Kyiv had already been drastically reduced after the United States ordered the departure of most diplomats and halted consular services.

A small consular presence was already in place in Lviv, about 70 kilometers (45 miles) from the Polish border.

Russia's recognition of the breakaway republics, which form an enclave held by Moscow-backed rebels since 2014, triggered international condemnation and a promise of targeted sanctions from the United States and the European Union -- with a broader package of economic punishment to come in the event of invasion.

Hackers Use Memes on Twitter to Secretly Send Commands to Malware