US, Taliban Talks Today on Releasing Frozen Funds after Earthquake 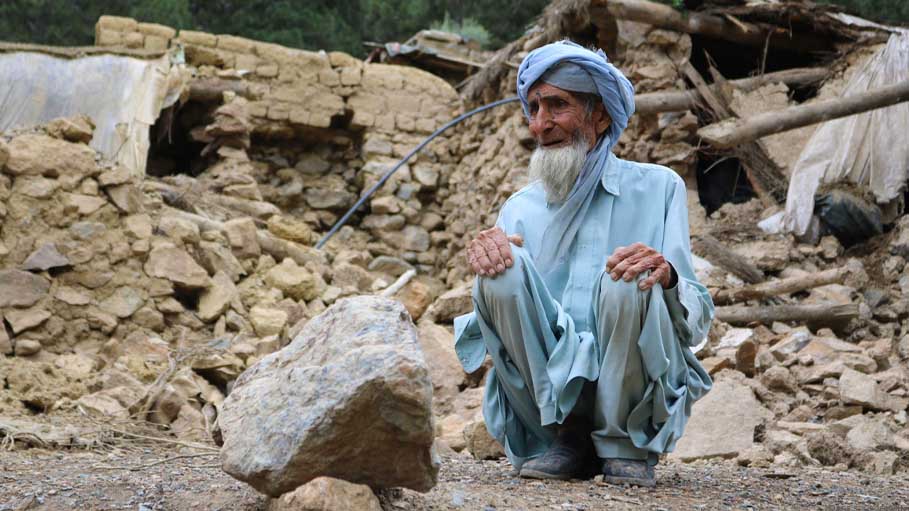 Doha: The United States and the Taliban plan talks Thursday in Qatar on unlocking some of Afghanistan's reserves following a devastating earthquake, officials said, with Washington seeking ways to ensure the money goes to help the population.

The White House said it is working "urgently" on the effort, but a member of the Afghan central bank's board said it could take time to finalise.

The State Department said its envoy on Afghanistan, Tom West, would take part and said the United States was focused on a range of interests including human rights and opening schools for girls.

"None of these engagements should be seen as 'legitimising' the Taliban or its so-called government but are a mere reflection of the reality that we need to have such discussions in order to advance US interests," said a spokesperson for the US State Department, which does not recognize Taliban rule over Afghanistan.

The Taliban took over in August 2021 after the United States gave up a 20-year military effort.

Washington at the time froze $7 billion in reserves and the international community halted billions in direct aid that Afghanistan and its population of roughly 40 million people had relied on.

The currency has collapsed and the country descended into a serious economic crisis, although some assistance has been restored.

"Negotiations are underway and it is our expectation that a final proposal under discussion will be finalised," said Shah Mehrabi, member of the Supreme Council of the Central Bank of Afghanistan.

However, details on "the mechanism to transfer the reserves to the Central Bank has not been finalised," he told AFP.

"It is going to take a while. These things do not happen overnight."

'Get these funds moving'

White House Press Secretary Karine Jean-Pierre said over the weekend that efforts were underway "to get these funds moving" from the frozen reserves.

"We are urgently working to address complicated questions about the use of these funds to ensure they benefit the people of Afghanistan and not the Taliban," she told reporters travelling with President Joe Biden to Europe.

In question are $3.5 billion in frozen reserves, half the total blocked by the US government.

"I have argued that these reserves should be released to the Central Bank," said Mehrabi, who also is an economics professor at Montgomery College in the suburbs of the US capital.

He proposed a "limited, monitored release of reserves" of about $150 million each month to pay for imports.

That would help "stabilise prices and help meet the needs of ordinary Afghans so that they can afford to buy bread, cooking oil, sugar and fuel," alleviating the misery of families facing high inflation, he said.

Use of the funds "can be independently monitored and audited by external auditing firms with an option to terminate in the event of misuse," he said.

The United Nations has warned that half the country is threatened with food shortages.

The United States earlier said it was contributing nearly $55 million to relief efforts made more urgent by the earthquake, directing aid to groups working in Afghanistan.

The Taliban are still considered a terrorist group by the United States, which has insisted that any improvement of relations would be dependent on meeting key concerns, including on the treatment of women.

Biden in February gave the green light for the other half of the frozen reserves to go to compensating survivors and families of the victims of the September 11, 2001 attacks, which triggered the invasion in which the United States toppled the Taliban and kept afloat a pro-Western government for two decades.

"Those at Serena Hotel Should Leave Immediately," US, UK Warn