Vanessa has finally broken her silence in poignant words since her husband and daughter passed away in the unfortunate helicopter tragedy. 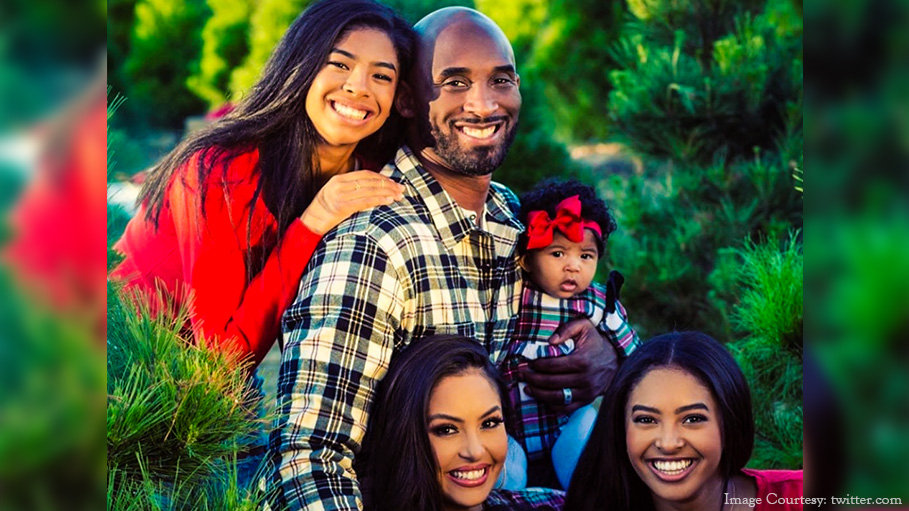 Intriguing news covering all aspects of Kobe Bryant’s life has been doing the rounds on social media since the shocking news emerged of his sudden demise.

Some of his fans found it difficult to digest the news. Most of all people felt a deep empathy for his wife Vanessa Bryant and his young daughters. Vanessa has finally broken her silence in poignant words since her husband and daughter passed away in the unfortunate helicopter tragedy.

She wrote these touching lines on her Instagram account, “We are completely devastated by the sudden loss of my adoring husband, Kobe - the amazing father of our children; and my beautiful, sweet Gianna - a loving, thoughtful, and wonderful daughter, and amazing sister to Natalia, Bianka, and Capri.”

“There aren't enough words to describe our pain right now,” Vanessa said. I just wish I could hug them, kiss them and bless them. Have them here with us, forever”, she added.

She also passed her condolences to the families of the other seven victims. After the tragic crash, she made her Instagram account private. On Wednesday she made it public again with a profile image of Kobe and Gianna that received 2 million followers.

The couple has been together for nearly twenty years. They got married in 2001. Vanessa met Kobe when she was still in high school. It came as a big surprise to her friends when they discovered that she was dating the Lakers champion. They were clearly puzzled as to how the Lakers star’s eyes fell upon this young 17-year-old school gal.

Vanessa was spotted at a concert and was asked to feature in a video alongside rapper Snoop Dogg and Tha Eastsidaz. Later when she was called to feature in another video, she met the ‘Black Mamba’ champion there who was just 20. Kobe was also trying his luck in the music industry as a second career, reported the Los Angeles Times.

Not many know that it was Vanessa who was by his side in the initial years of his career. She frequently made appearances at his games and other red carpet events.

It’s a well-known fact that Kobe was a devoted father to his children and a loving husband to Vanessa. The couple has been through some rough patches in their married life however their relationship stood the test of time. They confidently symbolize the “power couple” of this generation.

Vanessa admitted that both Gianna and Kobe were both beautiful blessings that were taken away too soon. As a single parent, Vanessa showed immense strength when she wrote these words of hope, “I’m not sure what our lives hold beyond today, and it’s impossible to imagine life without them. But we wake up each day, trying to keep pushing because Kobe, and our baby girl, Gigi, are shining on us to light the way.”