While he began singing, much to his amazement, one donkey decided to butt in and give his owner company. The donkey did a pretty amazing job in singing the duet with his owner. 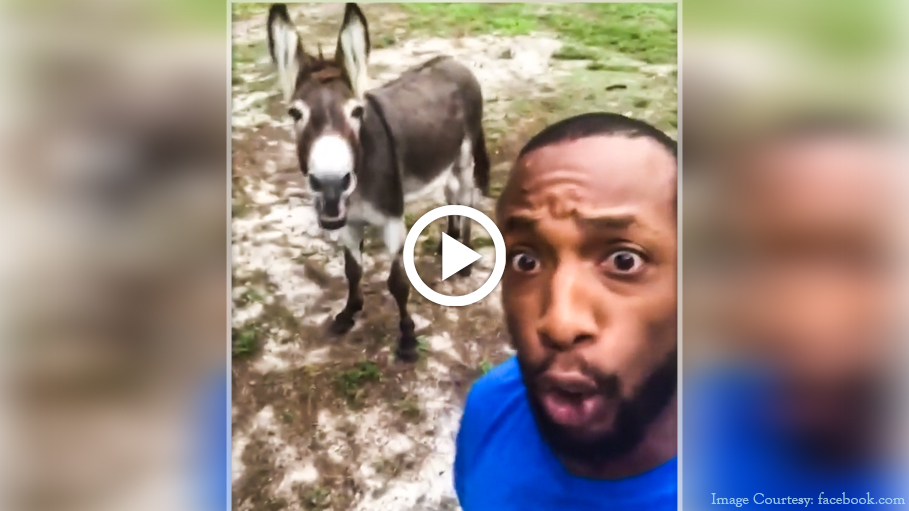 A video of a man singing the ‘circle of life’ from Disney’s ‘Lion King’ is doing the rounds on social media. The video has grabbed the attention of netizens worldwide because a donkey gave the man company and even stole the show in the video.

Travis Kinley from Sumter, South Carolina shared the video a week ago that shows him enthusiastically singing the number from the ‘Lion King.’ He gathered all his pet animals together before recording a video of himself singing.

While he began singing, much to his amazement, one donkey decided to butt in and give his owner company. The donkey did a pretty amazing job in singing the duet with his owner. The duo continued singing until Kinley broke out in laughter.

Check out the hilarious video below:

“I had no idea Nathan would bray," Mr Kinley said to Fox Carolina on Friday. "You can see in the video I'm actually shocked when he does it! He's brayed before, but never like that!”

“I pulled my phone out and started recording and he started braying next to me," he added. "I think he just saw me being loud and he knows he's a loud animal and he thought we're two peas in a pod so let me be loud, too.”

Kinley told Live 5 News that the viral video started out "as a joke." His friends requested Kinley to sing the ‘circle of life’ with all his pet animals around him and he decided to play sport.

Nathan who has become a social media icon has been described as “thinking” and a “playful” animal by his owner although the singing was a complete surprise. The video has attracted 3.6 million views, thanks to Nathan keeping perfect timing with Kinley.